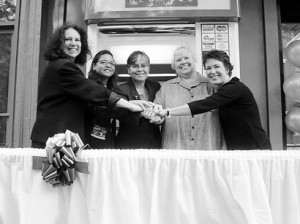 Margarita Lopez’s projects in activism have benefitted a broad range of marginalized New York City communities. Among her many causes, defended the rights of the mentally ill and drug and alcohol dependent, supported women in abusive domestic violence situations, promoted the rights of LGBT communities (for which she is a member), and advised eco-friendly lifestyles and business plans for individuals and corporations. From 1998-2005, Margarita Lopez was a member of the New York City Council representing the 2nd Councilmanic District on the Lower East Side of Manhattan. During that time, she served as the Chair of the Council’s Committee on Mental Health, Mental Retardation, Alcoholism, Drug Abuse and Disabilities (the “Mental Health Committee”). Apart from those responsibilities, she also managed to serve as a member of the Council’s Finance, Contracts, and Environmental and Higher Education Committees.

As an activist and role model, Margarita Lopez has consistently worked to defend communities in need of protection and advocate for what’s right.