LGBT Voters Could Swing the Vote 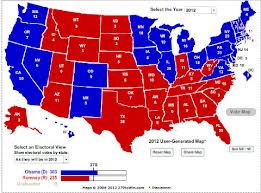 As Election Day approaches, we inch closer and closer toward embracing one of two men running: Obama or Romney. Which will it be? It’s a tight race and no one is set to win just yet. The truth is, LGBT voters could be the difference one way or the other—and the direction they’ll choose to go isn’t as clear-cut as some would make it seem.

How often have you heard someone say that all LGBT voters are liberals that will unfailingly vote for the Democratic ticket every time election season comes around? Well, according to a new study by Gallup Report, that’s simply not true. Just recently the Log Cabin Republicans endorsed Romney for the election. LGBT Americans do have different leanings than straight Americans when it comes to politics and party identification, though. And sometimes  characteristics of a person’s identity differ from the party they identify with politically.

But even though LGBT voters represent a small proportion of American voters overall, it’s still enough to make a difference. About 71% of LGBT people either support Obama for a second term or are leaning toward him. Only 46% of non-LGBT people feel the same. And even though Romney’s campaign is one of the most anti-gay campaigns we have seen in recent years, 22% of LGBT Americans still support him. Forty-seven percent of non-LGBT Americans—a full 25% more—support the Romney ticket.

Though the LGBT community does indeed lean toward a Democratic identity, it’s definitely not a black-and-white situation. And with seven out of ten LGBT voters swinging toward Obama in such a tight race, it could make all the difference in the coming weeks.