Ludovic Mohammed Zahed is a gay Muslim and expert on the Koran, and is expecting some backlash with the opening of his gay friendly mosque in Paris—Europe’s first. A brave soul, he says it will be as much a safe haven as a place for worship. 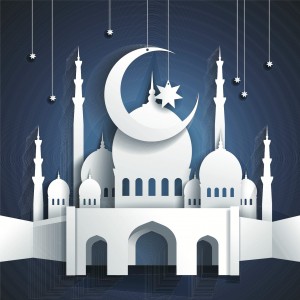 “We need to have a safe space for people who do not feel comfortable and at ease in normal mosques,” Zahed said in an interview with ABC News. “There are transgender people who fear aggression, women who do not want to wear head scarf or sit in the back of the mosque. This project gives hope back to many believers in my community.”

Set to open at the end of the month, “The Unity” mosque will be located in eastern Paris in a Buddhist temple, though the specific address is being kept a secret for now. Zahed’s goal is simple and includes “accepting everyone as equally God’s creation… I hope straight men will pray together with gay men and women, everyone.”

Unlike most current Islamic views, Zahed does not condemn being gay (and is so himself). In fact,  Zahed was the first French man to be married to his same sex partner in a Muslim ceremony. He says that “nothing in Islam or the Koran forbids homosexuality. Indeed, for centuries, Muslims did not consider homosexuality to be the supreme abomination that they do today.” He argues that it has only been demonized with European colonization.

“The Unity” will be one of just 21 gay mosques in the world. In countries dominated by Islam, homosexuality is a crime that warrants severe punishment, as is any activism or advocacy for gay rights. But Zahed hopes to form a mosque that sheds the discriminations based on gender and transcends sexual orientation. After the mosque in Paris, Zahed hopes to open one in the UK and another in Denmark.