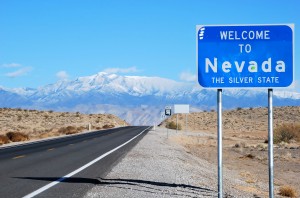 As battles over same-sex marriage and LGBT rights continue across the country, one federal judge has ruled to protect Nevada’s marriage ban. Judge Robert C. Jones is a federal trial court judge, and has upheld Nevada’s ban, saying that the Constitutions’ equal protection clause doesn’t disallow “maintaining statutes that reserve the institution of civil marriage to one-man—one-woman relationships.”

Using the 1972 Baker v. Nelson Supreme Court case to back him up, additionally claiming that banning same-sex marriage was constitutional “[b]ecause the maintenance of the traditional institution of civil marriage as between one man and one woman is a legitimate state interest.”

“It simply cannot be seriously maintained, in light of these and other recent democratic victories, that homosexuals do not have the ability to protect themselves from discrimination through democratic processes such that extraordinary protection from majoritarian processes is appropriate.

“The protection of the traditional institution of marriage… is a legitimate state interest,” he continued, saying that by allowing same-sex marriage, “it is conceivable that a meaningful percentage of heterosexual persons would cease to value the civil institution as highly as they previously had and hence enter into it less frequently… because they no longer wish to be associated with the civil institution as redefined.”

Lambda Legal, the group representing the case, plans to appeal the decision to the Ninth Circuit Court of Appeals.