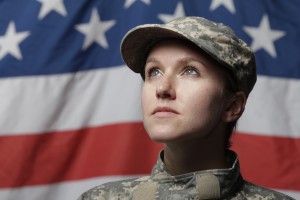 Last week, the U.S. Defense Secretary Leon Panetta announced that the military would no longer be banning women from combat. Up to this point in time, the U.S.’s policy had been to keep women off of the front lines and therefore combat roles. And while this lifting of the ban was cheered by the majority of U.S. citizens, some still feel that placing women in these roles is a bad decision.

Pete Hegseth of Concerned Veterans for America is one of those citizens. He says that “systematically introducing women to combat arms positions… complicates the core mission of our war fighters,” and other conservatives chimed in, claiming that women in combat roles would not be beneficial to the military’s overall effectiveness.

But despite criticisms from the far right, this move marks a significant step for women’s rights and leadership potential. Currently only 15.5 of military officers are women, according to the Rutgers Institute for Women’s Leadership. Allowing women to hold combat positions means that they will have equal access to higher leadership roles as men. 80% of Army generals have combat experience—and now women have access to that as well.

Being able to participate in combat will also help women become more effective military leaders. Before, women were unable to attain the experience necessary to make fully informed decisions—especially if those decisions related to combat and strategy.

The Army and the Marines are expected to present plans for opening up jobs to women by May 15 of this year, but after that the process will be a slow one. Each service will then have until January2016 to argue for the exclusion of some positions. The reasoning is this, according to Joint Chiefs of Staff, Mark Dempsey: “to implement these initiatives successfully and without sacrificing our warfighting capability or the trust of the American people, we will need time to get it right.”

Well, all right. But at least we’re finally on our way.