Women in Tech Raise Their Voices 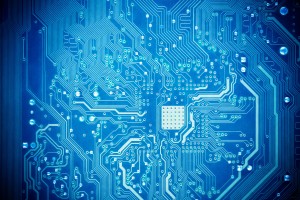 Women in tech, like Lauren Santo Domingo, were offended by the sexist label the slideshow gave.

Women in the tech world and beyond were in a fury this week after ComplexTech published an article entitled “The 40 Hottest Women in Tech,” the link to which we won’t even stoop to share. The writer of the story, Luke Winkie, says his original article focused on the achievements of the top women in tech rather than simply the “hottest.” According to Winkie, his content was completely altered by Complex, cutting out women who weren’t attractive enough and replacing them with women who were.

Winkie’s controversial slideshow couldn’t have come at a worse time, either; last week Adria Richards of SendGrid was apparently fired after calling out someone for making sexist remarks at a conference for coders. After the man in question was apparently fired from his job for the tweet and picture Richards posted, SendGrid reportedly began getting flack for Richards’ actions. Speaking up for herself in a male-dominated field apparently led her to be fired.

Complex’s article was shared via Twitter with a poorly worded catchphrase that has led to even more controversy: “40 hottest women in tech: it’s no wonder the guys welcomed them with open arms.” And though the article’s intro attempts to claim that the patriarchy is changing, their choosing of a list based on physical appearance shows clearly that they are actively participating in objectification and degradation.

One of the women listed in the top 40 was quick to make it clear she was offended by Complex’s remarks. Lauren Santo Domingo, whose husband is billionaire-heir Andres Santo Domingo, is a Vogue contributing editor and co-founder of the fashion website Moda Operandi. She tweeted the following response to great applause of her followers:

We’d have to agree with her there. So would Julie Pagano, who is another woman in tech who has recently spoken out about her experiences as a woman in the tech industry. In her article, Pagano likens her experiences to receiving 1,000 tiny paper cuts, reflecting that there’s not One Big Problem that’s causing women to turn away from tech, it’s a thousand tiny things that come up every day.

Reading Pagano’s story, learning that Adria Richards was fired for standing up for herself, and seeing sexist articles like ComplexTech’s is heartbreaking. This needs to stop. Let’s get our act together and start valuing women’s brains over their beauty. This has gone on for far too long.