April 1st isn’t just about April Fool’s anymore. This year, a new law came into effect in France that makes contraception and abortion free to many women. France 24 is a huge progressive step forward that allows women to receive full reimbursements for abortions and guarantees free birth control (pills and implants) for girls aged 15-18.

The law falls in line with president François Hollande’s vow to increase reproductive justice in the country and brings France to the international forefront on the issue. The bill was originally passed in October.

While the move has upset many conservative Americans, who say that abortions will increase dramatically now that they are free, many feminists are praising its passage. The French Minister of Health, Marisol Touraine described the bill as a “choice of public health,” reminding citizens that the decision to have an abortion is not one that is taken lightly by women.

In fact, at least one study has suggested that easy access to birth control decreases abortion rates; at least for minors, French authorities believe they will see fewer abortions. That makes sense, since contraceptives have been proven to reduce the rate of unwanted pregnancies. Another study has also suggested that easy access to abortions also does not increase their occurrence. In other words, just because it’s there, that doesn’t mean we’ll use it. 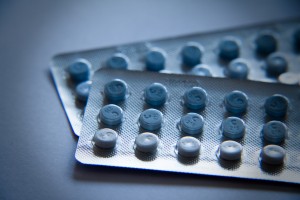 Government subsidized abortions also beg another question, though: Why should the government pay for women to get abortions in the first place? For those upset that government money would go toward such a thing, consider one of the top reasons women get abortions: because they cannot afford to support a child. Sure, there are ways to scrape by—and many of them involve government-funded programs like food stamps, earned income credit, and other funds doled out by the federal government. Add up that money over the years of a child’s life and it ends up costing a whole lot more than simply paying for a single abortion.