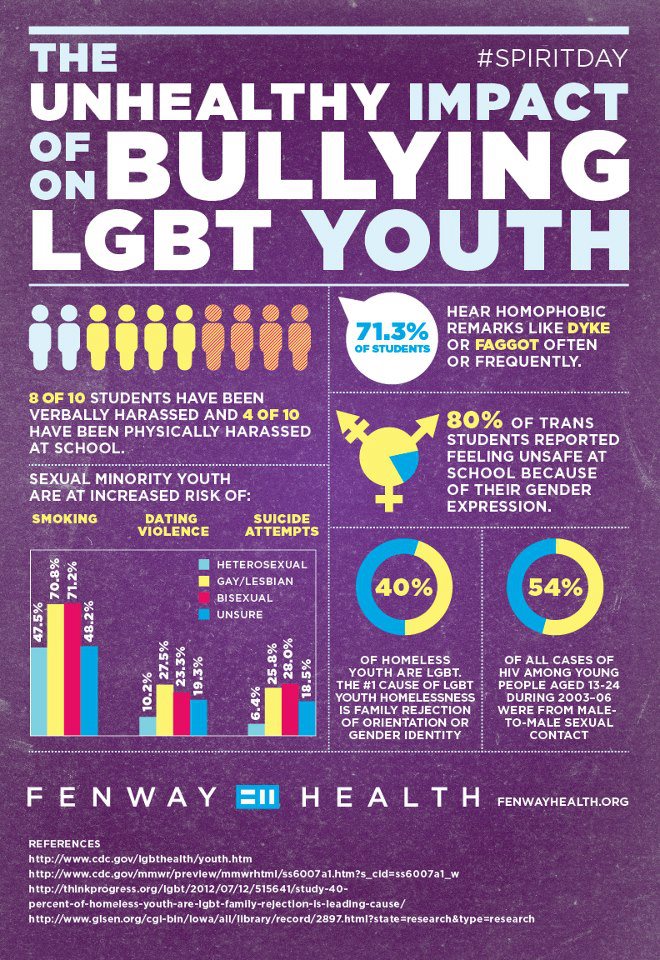 8 out of 10 LGBT students have been verbally harassed.
Image: butchieblog.com

Polis is openly gay, while Ros-Lehtinen has a transgender son; both have experienced first-hand the damage bullying can do, and they want it to stop. Ros-Lehtinen is a rare jewel among Republicans for supporting LGBT rights, though more seem to be joining the cause with each passing day.

“Schools should be places where our kids can learn and thrive, and that are free from persecution and harassment,” she told the Miami Herald. “LGBT students are often verbally harassed due to their sexual orientation. It is important that we strive to make sure that LGBT students enjoy safety as all children do.”

For the majority of LGBT students, bullying and discrimination is a daily occurrence to contend with. It is a sad fact of life, but it doesn’t have to be that way. This bill, with more than a hundred co-sponsors, could take a huge burden off of LGBT students’ daily lives. The good it could do is immeasurable.

Polis, who became the first openly gay man to be elected to the U.S. Congress as a non-incumbent in 2008, has fought for legislation in favor of LGBT rights many times.

“We need to protect kids at school regardless of what adults think about the different ways that people live their lives,” he said of the bill. It is unacceptable to think that schools around the country allow discrimination against some of its students to occur for any reason. What we feel about sexual orientation does not change the fact that we are responsible for protecting our children; if we won’t, who will? These kids need to know that they have at least one safe place to be.