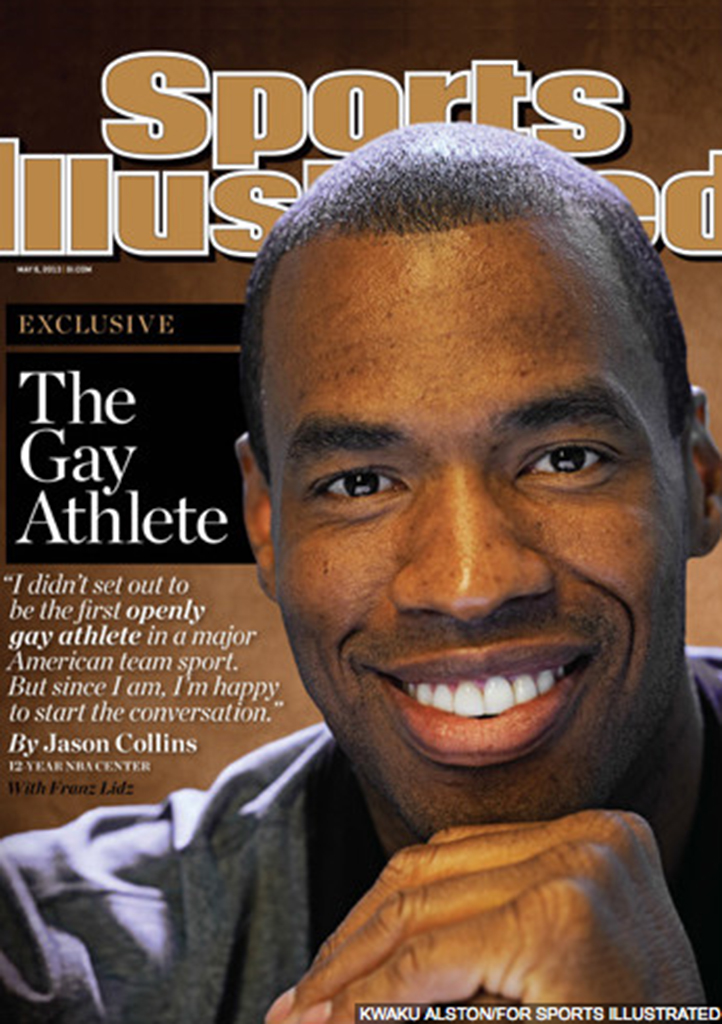 Last week was a big week for NBA player Jason Collins. He publicly announced he was gay, and now he is slated to headline the Democratic National Committee’s LGBT Leadership Council Gala on May 29th. Collins is the first ever active male player in one of the four major American sports to come out as gay, an act of courage that got him a phone call from President Obama on the day the issue of Sports Illustrated was released.

Jason Collins is an NBA free agent that most recently played for the Washington Wizards of Washington, D.C. First lady Michelle Obama and DNC Chairwoman Debbie Wasserman Schultz will headline the gala alongside him in New York City. The event will raise funds for the Democratic Party as well as call attention to contributions made from the LGBT community at large.

“I didn’t set out to be the first openly gay athlete playing in a major American team sport. But since I am, I’m happy to start the conversation,” Collins wrote in the Sports Illustrated story. “I wish I wasn’t the kid in the classroom raising his hand and saying, ‘I’m different.’ If I had my way, someone else would have already done this. Nobody has, which is why I’m raising my hand.”

Jason Collins expresses a desire to both do what he wants in life and be “genuine and authentic and truthful” at the same time. For a gay and black professional athlete, that takes a lot of courage. Society hasn’t exactly been kind to his minority groups.

“When I was younger I dated women,” Collins admitted. “I even got engaged. I thought I had to live a certain way. I thought I needed to marry a woman and raise kids with her. I kept telling myself the sky was red, but I always knew it was blue.”

According to the Associated Press, DNC LGBT Gala tickets range from $1,250 for individuals all the way up to $32,400 per couple to chair the event.