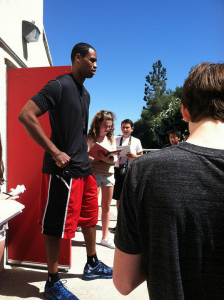 Jason Collins came out as gay earlier this month.
Photo: too many jennifers via Flickr CC

When professional athletes in popular sports come out, it’s a big deal.

In early May, when NBA player Jason Collins publicly announced that he is gay, his declaration was met with an enormous outpouring of support from fans and media. Collins’ brave announcement has been endorsed and written about by countless national publications, as well as by influential public figures such as Bill Clinton and fellow NBA player Kobe Bryant.

Facets of one’s identity are scrutinized heavily when that person is in the public eye, and Collins is no exception. Today there exists a tightrope that openly LGBT pro athletes must balance gracefully upon, in that they mustn’t let their sexual orientation become what solely defines them, but rather find a way to remain role models and activists while still excelling in their athletic careers.

Something crucial to consider is that Collins isn’t the first gay man in professional sports, he’s just one of the most famous and talented to come out. Other athletes, such as WNBA player and openly lesbian Brittney Griner, have made public statements about LGBT issues in sports, often advocating for young athletes. Roller Derby star Bonnie Thunders has also discussed the LGBT presence in a sports that are considered to be less mainstream, like her own. 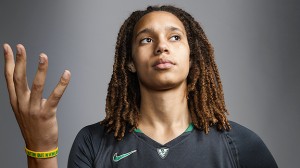 Collins’ coming out has sparked a vital conversation about the presence of LGBT athletes in professional sports and otherwise. Jamilah King, contributor for Colorlines News in Action, adds important insight in her article about LGBT athletes, especially those of color. She writes,

“Sexuality and sports make for a complicated mix. Throw in race and the persistent obsession with what it means to be a man in America, and the conversation becomes impossibly loaded.”

It’s an important conversation to be had however, and one that lends LGBT visibility to a part of our culture where it was formerly untapped. For more information about other LGBT athletes and their history of bravery, visit the American Civil Liberties Union’s Blog of Rights.