Japan, the country that brought us sushi and Hello Kitty, is missing something.  Maybe it has to do with the fact that Hello Kitty has no mouth.  Women in Japan are seriously lagging behind in the job market and on the issue of gender equality.

Japan’s leaders seem to be realizing they are hurting economic growth by subjugating women to be the coffee-makers, secretaries and homemakers of their world. 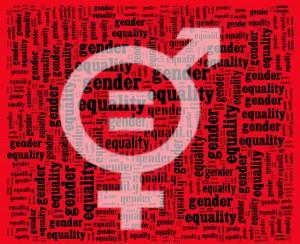 What’s the problem?  Japanese men often expect their girlfriends or wives to do all the cooking, cleaning and raising of children.  Once they have children, women go from being considered attractive to being called “mama-san,” even by their husbands.  This is certainly not to say all Japanese men are this way…but many are.  There’s not a lot of time left for work if you are expected to become a housewife once you get married.

Shinzo Abe, the country’s Prime Minister, claims there is potential in getting women into the working world.  He has a revival plan dubbed “Abenomics.”  However, skeptics say his plan is too vague and weak.  As with other vital structural changes required to restore Japan to health, Abe needs to act more boldly.

“The lack of women in the workforce poses one of the biggest structural impediments to faster growth. Japan’s institutionalized sexism deepens deflation, hurts competitiveness and exacerbates the demographic trends that make Japan’s debt load so dangerous,” according to a Bloomberg report.

Unfortunately, Japan is number 101 out of 135 countries in a ranking of gender equality from the World Economic Forum.  They lag behind Azerbaijan, Indonesia and China. Not a single Nikkei 225 company is run by a woman. Female participation in politics is negligible, and the male-female wage gap is double the average.

Many say Mr. Abe is speaking from a place of fiscal pressure rather than from a true desire to see social justice fulfilled.  Japan’s population is aging as the birthrate is declining.  If they do not act, they will be forced to start taking on immigrant labor, something they have been slow to do. Perhaps allowing women to fill those labor gaps would be more readily received than importing foreign laborers.