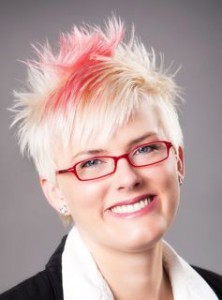 The technology industry has a woman problem.  The problem is that there are not enough of them.  Those who are in the field often face blatant sexism and are targeted at conferences.  Some are even sexually assaulted or groped.  It can be scary to be one of the only women in a huge room full of men.

However, Valerie Aurora is on the job.  She is one of the founders of The Ada Initiative, a nonprofit that promotes women in technology and works to improve the tech culture for women around the world.  At The Ada Initiative, they write letters, change policies, teach classes and more.

Why did Aurora start The Ada Initiative?  One of her good friends was sexually assaulted at a conference.  After naming the man on a blog, thousands of people attacked her for “naming and shaming.”  They said she was fat, ugly and deserved to be raped.

That was enough for Aurora to hear.  It inspired her to start The Ada Initiative and work to empower the women who work in technology.

Check out the full profile to read more about Valerie Aurora and The Ada Initiative.