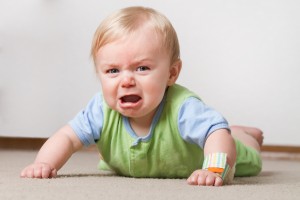 Women pay a “baby penalty,” according to Slate.
Image: Shutterstock

Why do so many women drop out of the field of academia?  Why are most of the top tenured positions held by men?  In universities where women outnumber men two to one, you might think the faculty would reflect that.  Not so.

“In 2000, I greeted the first entering graduate-student class at Berkeley where the women outnumbered the men. I was the first female dean of the graduate division. As a ’70s feminist I cautiously thought, ‘Is the revolution over? Have we won?’ Hardly. That afternoon I looked around the room at my first dean’s meeting and all I saw were grey haired men. The next week at the first general faculty meeting of the semester I noted that women were still only about a quarter of the faculty, and most were junior,” said Mary Ann Mason.

A team of researchers at Berkeley University spent over ten years studying why so many women begin the climb but do not make it to the top of the Ivory Tower: the tenured faculty, full professors, deans, and presidents.  The answer may be that babies matter.  “Women pay a ‘baby penalty’ over the course of a career in academia,” says a Slate article. 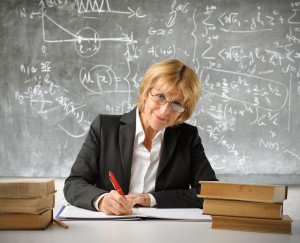 “Before even applying for the first tenure-track job, many women with children have already decided to drop out of the race. They have perceived a tenure-track job as being incompatible with having children. In our study of University of California doctoral students, 70 percent of women and more than one-half of the men considered faculty careers at research universities not friendly to family life,” Mason said.

The good news is that more women are making waves by rising to positions like presidents of Ivy League colleges, but there are also many women with children working in the “second tier” as adjunct faculty members.  It may just take much longer for them to get there.

It’s time for women and men to demand policy changes to support family and career. Women shouldn’t have to pay a baby penalty and sacrifice a career to have children.  Why can’t they have both?