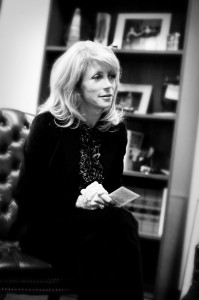 Texas Senator Wendy Davis fought tooth-and-nail to protect women’s health care.  In what seemed like an impossible task, Davis staged a one-woman filibuster for almost 12 hours despite a dry throat and exhaustion setting in.

She wore her pink tennis shoes because she knew she would not be allowed to sit or lean on anything.  She would also not be allowed to eat, drink or use the restroom at any time.  Only something of monumental importance could persuade anyone to undertake such a daunting crusade.  For Davis, some of her fellow Democrats and the thousands who filled the state capitol in Austin, it was just such a purpose.

The bill on the table was known as the anti-abortion bill, or SB5 to lawmakers.  The controversial bill supported by Gov. Rick Perry (R) had the power to shut down nearly all abortion clinics in Texas.  The only clinics that would be allowed to perform such procedures would be surgical centers, few of which actually exist for that purpose.  If it passed, the bill would also limit family planning, STD prevention and other services the clinics typically offer.

As time dragged on, and the twelfth hour approached, the Republicans tried to shut Davis down.  They attempted to say she violated the rules by twice straying from her topic and accepting a back brace to remain upright.  That’s correct if you believe that mentioning Planned Parenthood’s budget and the 2011 sonogram law is straying from the topic. 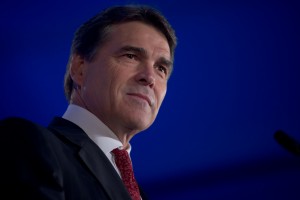 Just one hour and 53 minutes before midnight, her filibuster was broken.  The lawmakers made a mad dash to vote in time, thinking they had passed the bill. The whole place erupted into jeers and chants of “shame, shame, shame” and “let her speak,” from the audience.  State troopers had to clear the gallery, at times by force.

Amazingly, it was later discovered the time of the vote had been changed in the computer to reflect it taking place in time.  At 4:30 a.m. Davis sent a text message to Cecile Richards, the head of Planned Parenthood which read, “The Lieutenant Governor has agreed that SB5 is dead.”

The current victory for pro-choice activists will definitely be challenged as soon as the other side can get it on the ballot.  For now, Davis is, to say the least, relieved.