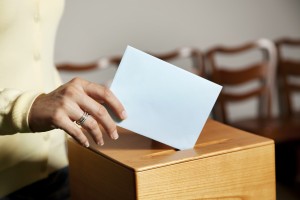 The elation of many Americans over the strike down of DOMA and California’s Proposition 8 has allowed the news of the Voting Rights Act’s legislative setback to be somewhat neglected by the media. The joyous momentum towards human equality with DOMA and Prop 8’s demises has in many ways been negated by the recent elimination of Section 5 of the all too important Voting Rights Act.

The elimination of DOMA was a momentous step forward in our country’s ongoing struggle to delivery democracy and equal rights to all of its citizens; unfortunately, the recent overturn of Section 5 of the VRA was a colossal step backwards. The Voting Rights Act was passed in 1965 as a means to ensure equal access to voting for all Americans. This legislation protects discriminated minority groups from being unjustly denied the right to vote, as well as against local governments from establishing insurmountable obstacles in the voter registration process. The strike down of Section 5 eliminates safeguards that would prevent the latter from occurring. According to the American Civil Liberties Union,

“In a huge blow to democracy, the U.S. Supreme Court struck down the coverage formula used in Section 5,” explaining that “Section 5 of the Act requires jurisdictions with significant histories of voter discrimination to “pre-clear,” or get federal approval from the Department of Justice for any new voting practices or procedures, and to show that they do not have a discriminatory purpose or effect.”

What this means is that the parts of our country that have formerly employed methods of discrimination within the voting process will have an easier time doing this again. The Supreme Court ruled against Section 5 of the VRA in June with a five to four vote, a devastating step back for equal rights in our country.

The VRA is a critical piece of legislature, and the first of its kind to guarantee that all Americans will be able to practice one of our most fundamental rights. For more information on the Voting Rights Act, and its status, visit the ACLU’s VRA page.