What’s Next for George Zimmerman? 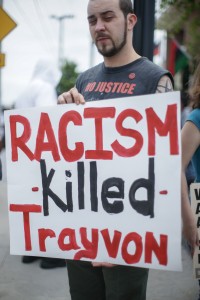 Many around the country have been tuned in to hear all the latest developments and conclusion of the George Zimmerman trial.  In a move that shocked the nation, the Florida jury found Zimmerman not-guilty of second degree murder.

The case, which reviewed the circumstances around the death of Trayvon Martin, created quite the controversy and incited nation-wide protests.  Many people claimed it was about race.  Some said it was about appearance or character.  Many marked the case as one which could set a frightening precedence in light of the outcome.

Lawyers cited the “Stand Your Ground” law in which you are allowed to defend yourself if you feel you are in imminent danger.  That’s what Zimmerman claimed to have done.

Now, some are saying that anybody can start a fight in a bar.  When the other person defends themself, you have the right to kill them and call it self-defense.  Does this law sound skewed to you?

To many people, it does.  They also say that Zimmerman would never have followed and confronted a white man and that, because Trayvon was wearing a hoodie, he looked suspicious.  Tell that to all the computer programmers of the world.

Kendall Coffey, a respected attorney in Florida, made several comments throughout the case and since the verdict. 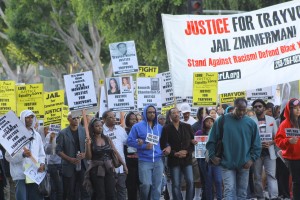 Many believe that Trayvon’s death was a hate crime based on race.
RoidRanger / Shutterstock.com

During the case, he spoke with NBC News and discussed the difference between second degree murder and manslaughter.  Coffey noted that the jury was looking for clarification, meaning they might be considering it.

In retrospect, that didn’t turn out to matter.  The not-guilty verdict now leads to questions about the future.  Many wonder what is next for George Zimmerman.

“We clearly must move on to the next step in terms of the federal government and the civil courts,” the Rev. Al Sharpton said on MSNBC after the verdict.

However, Kendall Coffey said he would be surprised if the feds step in.  “To my recollection, there was no evidence during the trial that would add to a hate-crime theme,” Coffey said. “The record that this trial creates, as well as the outcome, do not hand authorities additional tools to invoke federal jurisdictions.”