These 5 People Stand Up for Equality 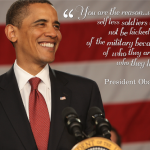 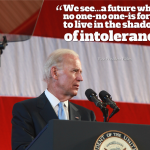 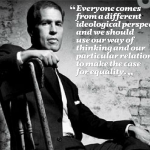 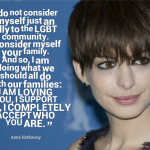 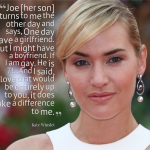 There are many amazing advocates in the fight for marriage equality and gay rights.  We celebrate their words and actions.  The list is long and growing every day from all types of people.  Yet, a few especially strong people’s words stand out.  They want you to know that they stand up for equality.

A nation’s leaders can have a strong impact on its people.  President Obama and Vice President Joe Biden have long been outspoken advocates of allowing gays to serve freely in the military.  Obama has never shied away from sharing this view with the public even during an election season.  He said, “You are the reason…that selfless soldiers will not be kicked out of the military because of who they are or who they love.”

Many actors and actresses stand up for equality, too.  Kate Winslet told her son she would be happy whether he is gay or not.  Anne Hathaway said, “I do not consider myself just an ally to the LGBT community.  I consider myself your family. And so, I am doing what we all should do with our families. I am loving you, I support you, I totally accept who you are.”

Business leaders are following suit and sharing their views.  Ken Mehlman said, “Everyone comes from a different ideological perspective, and we should use our way of thinking and our particular relationships to make the case for equality…”

We couldn’t agree more! Check out this great video of Anne Hathaway’s 2008 HRC speech, where she talks about what makes her stand up for equality: