Women in the Workplace: A Necessary Dialogue 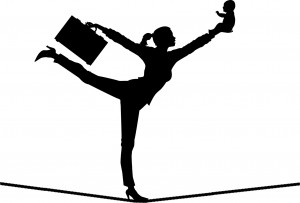 In recent history, the conversation about women in the workplace has come and gone in waves of popular discourse. Right now, it seems to be a hot topic; Sheryl Sandberg’s newly published Lean In: Women, Work, and the Will to Lead has got a lot of readers talking, and newly penned essays about fatherhood and parenting have challenged ideas about gender roles at home. People are discussing equal wages, women and the “second shift” as mothers at home, and the opportunities for women in the workforce.

All of this dialogue happening about women and work is incredibly important, although if you’re female you may be wondering, where do I really stand amid all of this discussion? In a recent article by Julie Zellinger for The Huffington Post, she discusses the major women’s issues that haven’t changed much in nearly 100 years. Drawing examples from feminist activist Emma Goldman’s turn of the 20th century essay “The Tragedy of Woman’s Emancipation,” Zellinger discusses the issues that Goldman had with women’s opportunities to work, and how those concerns still translate to life today.

Zellingers’s article, “Four Women’s Issues that Haven’t Changed Since 1911,” notes four major concerns of Goldman that are also concerns of Sandberg, social activists, and any woman who wants access to equality in the workspace today:

1. “Men dominate most of the esteemed professional fields, and get paid more for their work.

3. “The ‘freedom’ the workplaces supposedly offers women sometimes doesn’t feel so free at all.

4. “Women are doubling up on work at home and outside of the home.” 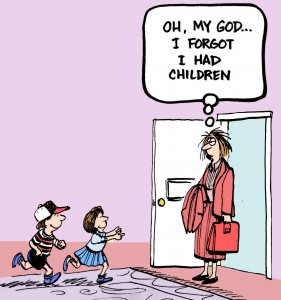 Goldman saw that many women who worked for paid wages returned home each day only to work a “second shift,” which included domestic duties like cooking and cleaning, as well as child rearing. This fact impacts the stress levels of women and their ability to advance in the workplace, an issue that still pervades society today. A similar concern is the lack of representation of women in many fields, especially high-paying ones like law, medicine, and engineering. Although there are being efforts made to lessen the gender gaps in these areas, it is still critical to acknowledge the disparity of women in certain fields.

What Goldman aimed, and writers and activists today like Zellinger and Sandberg aim to do is not depress women who seek work outside the home, but rather call to mind these issues in hopes of creating social change through awareness and discourse. Progress has been made for women and work since Goldman’s essay was printed, although it is important to remember that there is still much work to be done.