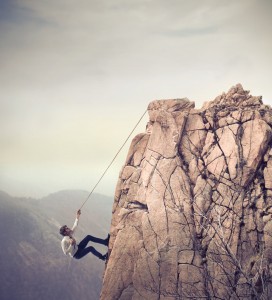 Moving forward, major victories under our belts, there’s still a lot of work to do.
Image: Shutterstock

Earlier this summer, when the entire nation watched as the Supreme Court ruled the Defense of Marriage Act and Proposition 8 unconstitutional, a palpable feeling of restored hope and progress was felt from coast to coast. Sadly, even as the LGBT community and its allies celebrated the critical achievement, gross injustices were still being committed in many parts of the world – internationally, as well as right in the United States. Russia’s oppressive, hateful policies are unwavering, and brutal hate crimes against gay, lesbian, and transgender people continue to make the news almost every week. As the excitement from the human rights victories achieved in the strike down of DOMA and Proposition 8 subsides, we now must look ahead to assess work still necessary to secure full equality for LGBT people.

Happily, from a legislative and political standpoint, the outlook for further progress for the LGBT community appears positive. At least that’s what Ken Mehlman, a prominent conservative gay rights activist and political strategist, predicts. Mehlman, an openly gay Republican, serves on the board for the American Foundation for Equal Rights, the sole sponsor for the plaintiffs fighting Proposition 8, so his investment in the gay rights movement is personal for a multitude of reasons. His political work and social justice activism gives him crucial insight into the future of progress and further rights for the LGBT community, and he believes that legislative momentum is probable.

In a post-DOMA strike down interview with Ken Mehlman, Out.com asks for his opinion about what’s next. When asked about a potential Republican backlash, Mehlman thinks it’s doubtful, saying, “As people see what happens when people are treated equally under the law, when there is the opportunity for civil marriage, they see their family values being enhanced, they see their community values getting stronger,” commenting that Republicans are more likely to come around than most people think. Despite his positive predictions for what’s to come in the near future, Mehlman is well aware that there is still much more work to be done. He reminds us that “although 30 percent of America is going to live in a place where loving couples, regardless of sexual orientation, have the right to marriage, there are 37 states where that right still does not exist, and 29 states where people can be fired because of their sexual orientation, so that’s where a lot of the work ahead lies.”

Mehlman’s assurance that gaining legislative momentum and government support for LGBT people sheds a positive light upon a pivotal moment in the greater gay rights movement. However, legislative amendments do not have the power to change social perceptions and prejudices against the LGBT community; it will take much more effort to bring our culture closer to ultimate equality.