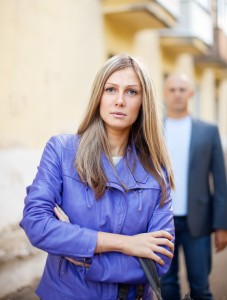 Street harassment is a serious issue that effects all people, but its implications create a particularly dangerous reality for women. An individual’s safety becomes compromised in public spaces all around the world where street harassment is a normalized part of the culture. Gender-based public harassment often draws attention to women’s bodies, and is a form of random aggression that by nature degrades, humiliates, and devalues the victim. More alarmingly, it allows for the perpetuation of a rape culture to continuously pervade our society.

Can you imagine living in a society where women can walk in public spaces without fear of being harassed – a world where female bodies aren’t likened to sexual objects through the hurtful comments or physical assault of strangers? Right now, many people are working to fight against street harassment, using whatever creative ammunition they have.