Blue and Red Cities Alike Fight to Host the RNC 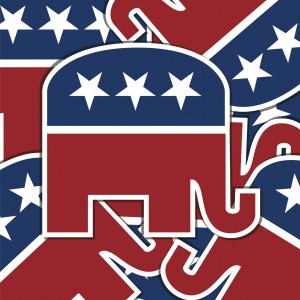 Even in a blue city, the RNC would bring some great economic benefits.
Image: Shutterstock

Although the Republican National Convention is still in the earliest stages of planning, many cities across the country are already battling over who gets to play host. The political Convention itself is a critical event for both parties; the purpose of these enormous gatherings is to invite all of the members of the Democratic and Republican committees to convene – separately, of course – in order to nominate an official candidate for the next presidential election. It is an event filled with strategizing, politics, and some of our country’s most influential people gathered in one place.

Why are so many cities vying for the chance to host the Republican National Convention? Mayor Sly James of Kansas City, MO says, “The answer is simple,” explaining that his city “deserves to be in that kind of spotlight.” Indeed, hosting the convention means a surge of economic support, as well as extreme national media attention for whichever state hosts the Convention, regardless of traditional voting trends. According to The Pitch, “selling the typically blue-leaning Kansas City to a decidedly red-meat event…means that 50,000 Republicans would march to the City of Fountains and bring with them $250 million in economic impact,” something that would be incredibly positive for Kansas City.

It has been reported that Kansas City is competing with Phoenix, Arizona and Las Vegas, Nevada in the Republican National Committee’s search for a convention location. This year’s Committee Chairman Reince Priebus has said that he is in favor of Kansas City as a prospective location, and that other cities can start bidding on the convention in the coming months. In recent years, the Republican National Convention has been held in New Orleans, St. Paul, Tampa Bay, and Philadelphia. Former Republican Committee chairs of note include Lisa Lingle, the former Governor of Hawaii, Mitch McConnell, the Senator of Kentucky, and conservative gay rights activist Ken Mehlman. The Convention is a gathering of the most influential political minds in our country, and the results of the event directly impacts the coming election.

Kansas City hasn’t hosted the Republican National Convention since 1976. Will 2016 be the next time City of Fountains welcomes the important political event?