Congressional Elitism vs. the Taxpayer 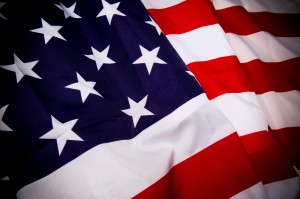 The body we have voted into office to represent the people seems to be getting further and further away from the reality of your everyday working man or woman.  They get benefits and pay raises when others do not.  They operate in a kind of crystal tower and never have to worry where their next meal is going to come from.  While many Americans live paycheck to paycheck, that is just a reality members of Congress do not have to consider.

Because the gap between the ultra-rich and poor continues to grow each day, a proposal has sprouted up on the internet via grassroots efforts.  It is known as the Congressional Reform Act of 2013.  This unofficial act takes aim at the unfair  Congressional elitism that has developed.  Here are the items up for debate:

The items on the list take on even more relevance as the government shutdown lumbers on.  It’s so frustrating to see our own elected officials fight amongst themselves since they have dug their heels so deeply along political lines that they have ignored the rest of the country.  It’s just sad.

There is another side to this petition.  There are many saying it is full of inaccuracies and lies.  It’s worth checking out both sides of the Congressional elitism debate.

I’m sure there is a joke here from Mike Meyers of SNL’s Coffee Talk. It reminds me of one of the episodes where he would say, “I’ll give you a topic.  The New Deal…neither new nor a deal.  I’m all ‘verklempt.’  Talk amongst yourselves.”  I’m not a clever as an SLN writer…but seriously guys…revive it and pick this one up.