Why Are Violent Crimes Committed By Youth on the Rise? 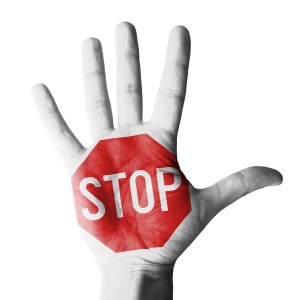 How can we stop more violent crimes being committed by youth? By understanding why they’re happening.
Image: Shutterstock

The harrowing news of young teacher Colleen Ritzer’s murder has gripped the American public and the Danvers, Massachusetts, community since earlier this month. Students and teachers of Danvers High School were in utter disbelief when 14-year-old Philip Chism became the focus of the police investigation into the violent crime. Unfortunately, it seems as though more and more teens are becoming perpetrators of crimes like these, and experts believe that violent crimes committed by youths are on the rise.

In an interview about the murder, legal analyst Kendall Coffey explains, “Over the years, it used to be that the average killer was in their twenties. Now a lot of alleged killers are in their teens. So the system, to really deal with that kind of threat needs to recognize that someone who is able to carry out a brutal premeditated plan like this has the sufficient capabilities to be accountable as an adult.” A number of states have tried children and teens as adults if their crime seems premeditated and no remorse is shown, but many are concerned with the ethics of this practice.

According to Adam Liptak for The New York Times, “About 9,700 American prisoners are serving life sentences for crimes they committed before they could vote, serve on a jury or gamble in a casino – in short, before they turned 18,” of the large number of violent crimes committed by youths that result in life sentencing. He goes on to explain, “More than a fifth have no chance for parole. Juvenile criminals are serving life terms in at least 48 states, according to a survey by The New York Times, and their numbers have increased sharply over the past decade.”

Perhaps a more pressing concern than the ethics of trying children and teens as adults regards why these violent crimes are occurring in the first place. Peers and teammates of alleged murderer Philip Chism were shocked at the accusations because of his “nonaggressive temperament.” Experts have tried to pinpoint the factors that influence youths that commit violent crimes; some examples involve low self-esteem, peer pressure, social norms that perpetuate violence, mental illness, home-life, and abuse.

Perhaps if more work can be done to understand why youths commit brutally violent crimes, we can prevent those crimes from happening in the first place.