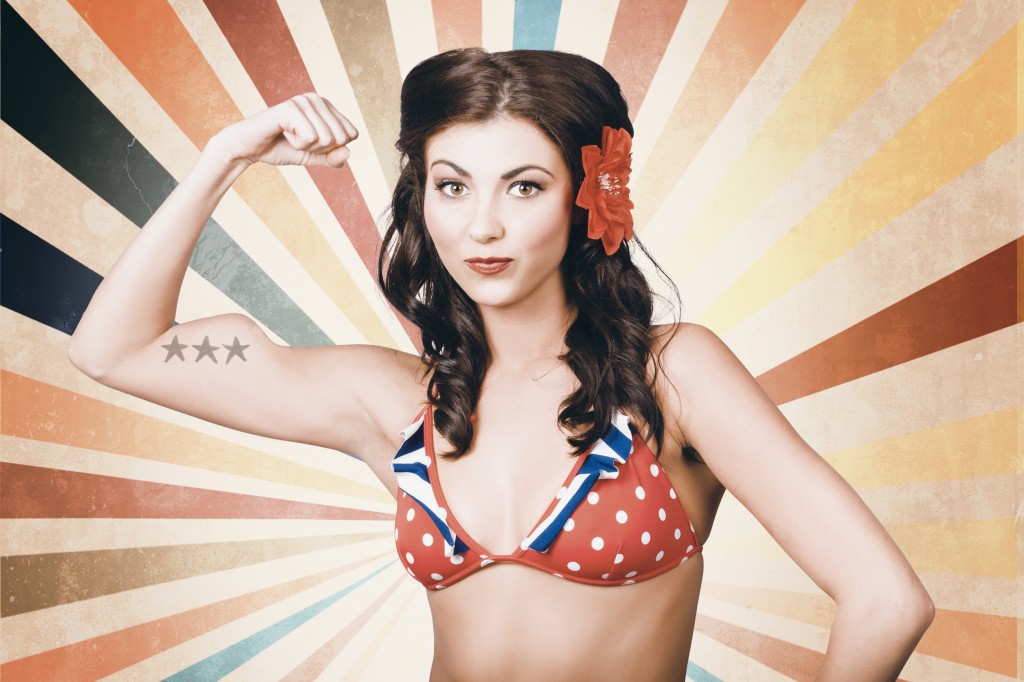 Feminists have been calling for women’s empowerment for years.
Image: Shutterstock

In recent history, the term ‘feminism’ hasn’t always been coupled with very positive connotations. Stereotypes surrounding feminism often force men and women to steer away from identifying as a feminist, even if their beliefs are in line with those of the term.

At its most basic level, feminism is the advocacy of women’s rights on the grounds of political, social, and economic equality to men. Of course, there are many different kinds of feminism, and many different kinds of feminists. What’s most important to keep in mind is that feminism is directly linked with a want for human equality – for allotting the same opportunities to all people regardless of race, class, orientation, and gender.

Feminism has been a movement realized in “waves” for centuries; early “feminists” were advocating for equal rights before such terms even existed. Here are five quotes from famous feminists to get you acquainted with how feminism has evolved over time:

“Strengthen the female mind by enlarging it, and there will be an end to blind obedience.” –Mary Wollstonecraft.

This quotation is from Wollstonecraft’s 1792 manifesto, A Vindication of the Rights of Woman, a lengthy text she wrote to address gender inequities in education. At the time, very few women were allowed to attend school, and Wollstonecraft was one of the first women to publicly address oppressive gender norms that restricted women to the home.

“We hold these truths to be self-evident: that all men and women are created equal.” – Elizabeth Cady Stanton

Elizabeth Cady Stanton was a leading abolitionist, suffragist, and equal rights activist. This quotation is from her famous speech, “Declaration of Sentiments” which was presented at the first-ever women’s rights convention in Seneca Falls, NY, 1848. During this time, slavery was still legal, and women did not have the right to divorce, vote, and to an education.

“Emancipation should make it possible for her to be human in the truest sense.” –Emma Goldman

This quotation is from Emma Goldman’s 1906 essay “The Tragedy of Woman’s Emancipation.” At the time, feminism was going through its first official “wave,” in which women were fighting hard to achieve the right to vote. Goldman was a leading suffragist and radical feminist who advocated for equal rights for all women regardless of race, as well as the right to birth control.

Poet and scholar Audre Lorde wrote this famous sentence in her collection of essays, Sister Outsider, published in 1984. Lorde was a prominent African American feminist voice during the “second wave” of the 1970s. She was influential because of her recognition of how race, class, and gender combined create layers of oppression that are different for every individual.

“The idea of being a feminist – so many women have come to this idea of it being anti-male and not able to connect with the opposite sex—but what feminism is about is equality and human rights. For me that is just an essential part of my identity.” – Lena Dunham

Actress and writer Lena Dunham shared this sentiment in a 2013 interview. Dunham is representative of contemporary public figures that are forced to grapple with the negative stereotypes associated with feminism, while remaining aware of prevailing gender inequalities. She is a proud feminist, and an empowered modern woman.

What do you think of these famous feminists and their words of wisdom? Would you count yourself a feminist, and why or why not? Vote in the poll below and share your comments to see how you compare to other OEW readers!