Meet the Women of Femen, AKA the Bare-Breasted Protestors 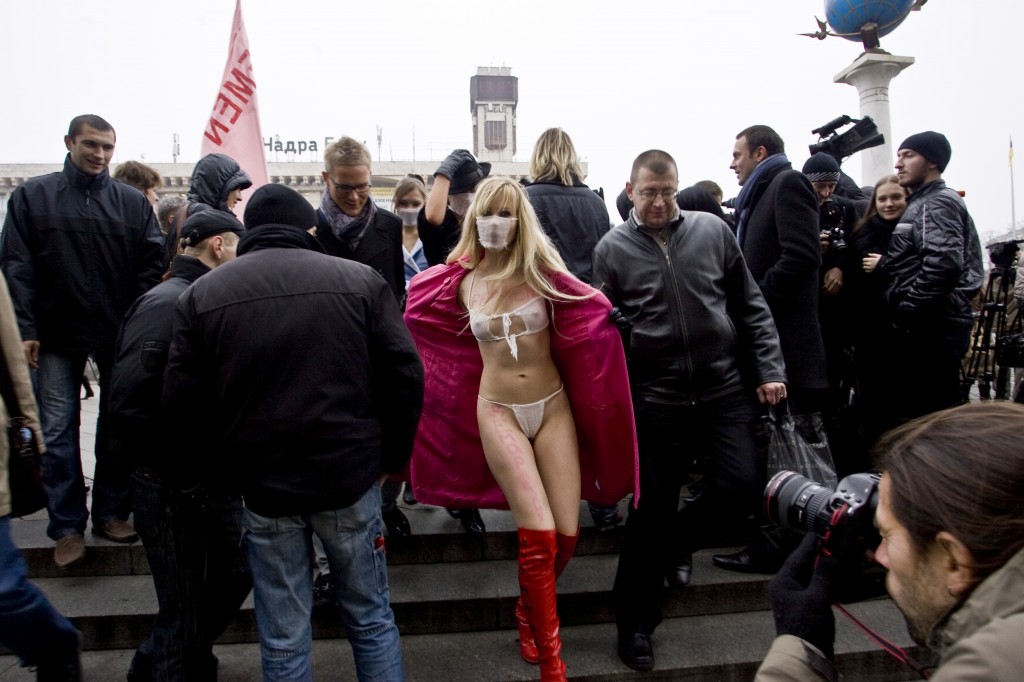 Would you take off your shirt and bra as a protest against persecution of women?  That’s what the women of feminist activist group Femen do.  The group has taken part in similar protests all around the world – from Berlin to New York and Istanbul.

The group, which is headquartered in Paris, was actually founded in the Ukraine.  It started in 2008, has over 300 members and is considered one of the most extreme feminist groups due to their tactics.  Though it is a non-violent group, its methods are not for everyone.  In fact, many feminists shun the group because they believe Femen is actually pushing the feminist movement backward.

Femen’s rule number one is to scream and never smile.  They don’t want to give the impression that they are sweet or cute.  Some of their slogans are, “F*ck religion,” “no prostitution” and “our God is woman.”  They go so far as to paint these slogans on their bare breasts as they walk the streets carrying guns.

There is no question as to whether the group is gaining attention.  Yet, it may not exactly be the type of attention they are hoping for.  There is no shortage of male photographers at every event they stage.  Is their message being outshined by the nudity?  Probably.

They say, “Our God is woman.  Our mission is protest. Our weapons are our bare breasts.”  A member of the group, Inna Shevchenko, 23, describes what they do as “sextremism” and says baring their breasts is a way to “reclaim ownership of our bodies and sexuality.”

Most recently, the group has protested against the arrest of members of the band Pussy Riot while playing a show in Russia.

However, anti-Femen groups have already sprung up.  A group called Muslim Women Against Femen argues that they like wearing burqas and covering up.  They started a Facebook page countering the slogan “Better naked than the burqa.”  They say such slogans are disrespectful to their culture.  The anti-Femen group claims they do not need saving or liberating.  They are doing just fine, thank you.

However, so far Femen is not paying any attention to these opposing groups.  Shevchenko says, “Our breasts are talking.  Our breasts are screaming.  It’s working like a bomb.”

While most of the members are young, it begs the question whether they will ever look back and regret their actions.  What do you think? Should Femen keep up their current methods, or consider another approach?