“She Just Needs Some Sexier Glasses”: Why Women are Still Facing Sexism in STEM Fields 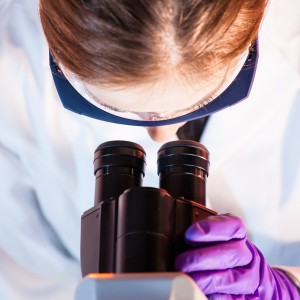 We’ve discussed women in STEM before, and will keep bringing up points about this topic until there is more visible gender equality in fields such as technology and science. As a recent article in The Huffington Post puts it, “America has a plumbing problem. We are investing heavily in attracting more women and girls to STEM jobs, but all along their career pipeline, from the start of college until retirement, they seep out.” And what about those women who do commit to STEM careers? Unfortunately for many, they are faced with heightened scrutiny, sexual harassment, and objectification, which is part of the reason so many opt out.

This has certainly been the case for scientist and science communicator Emily Graslie. Graslie is employed by Chicago’s Field Museum of Natural History, where she serves as “Chief Curiosity Correspondent,” giving tours, educating others, and hosting her own informative, fun science show, “The Brain Scoop,” on YouTube. She’s a public figure with a science background, and a role model for many young women and girls pursuing STEM. 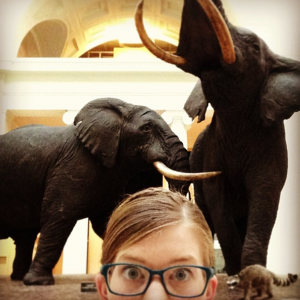 Recently, Graslie used her YouTube channel as a platform to discuss sexism within STEM industries. She discusses her own experiences, describing being treated more like an object than a scientist by peers and “fans” alike. Having a popular YouTube channel means that Graslie is putting herself out there on the Internet for anyone to critique; sadly, she receives disturbing comments about her clothing, sexuality, and appearance on an alarmingly regular basis.

Comments such as “She is really cute – but as if she made herself unattractive on purpose” or “Even though the clothes you’re wearing kind of disguise it, you look like you might be pretty hot under them” are incredibly dismaying to women in STEM. Women in these fields are forced to combat these kinds of sexist attitudes constantly; Graslie implores women in STEM to stand strong against workplace sexism, and also asks that men in STEM speak out against gender inequalities they witness.

Happily, not all men in science, technology, engineering, and math possess misogynistic attitudes about their female colleagues, and some are even working to close the gender gap. Keith Krach, CEO of DocuSign, cites Leah Jameson, the Dean of Engineering at Purdue, as being a great role model for women pursuing STEM fields, but recognizes that the industry needs more women like her. “I think it actually goes back to K through 12, how do we get our daughters more interested in the STEM discipline?” Krach muses at the recent Fortune Brainstorm Tech Conference.

It’s imperative to find ways to encourage women to pursue STEM, and even more critical to help them flourish once they get there. Do you think Emily Graslie’s message is a good place to start?

Check out Graslie’s YouTube video “Where My Ladies At?” to learn more about her experiences as a woman in STEM.