An Apple a Day…Is Too Expensive? 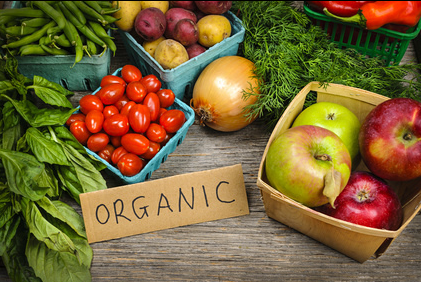 Organic products are a healthy alternative to processed food, but for many, they are economically out of reach.
Image: SalFalko via Flickr CC

Does being wealthy ensure better health, and what does that really mean?  It’s concerning to learn that one in four adults in the United States is overweight.  That’s one quarter of the entire population, and the number is only rising.  What’s to blame?  Is it fast food?  Is it the insane hours we work?  Is it the proliferation of pre-made, overly processed foods at the grocery store?

What if it had to do with your budget?  Certainly, there are many healthy people who don’t have a lot of money.  However, there is a growing proportion of poor people eating the cheapest, easiest food out there – things like spicy Cheetos, ice cream, McDonald’s hamburgers, and Hostess cakes.  There is no question that these foods contribute to obesity.

The problem is, it’s all too easy to get used to this type of eating and pass it down through the generations.  There are kids at school not only eating school lunch, but also opening up an extra-large size bag of chips their mom or dad gave them from home.  When did it become a good idea to ply your children with artery-clogging snacks?  What ever happened to a piece of fruit for a snack?  It turns out that piece of fruit has gotten exponentially more expensive over the years.  An apple a day used to keep the doctor away.  Now many believe it may be too expensive.

So, do the wealthy have greater access to healthy food because they can afford it?  Usually the answer is yes.  In higher numbers, wealthy people are buying organic, GMO-free food whereas the poorest of Americans are buying what they can afford.  Organic food is more expensive and less available in suburban areas or poor areas of town.

The bad news is that junk food doesn’t just make you fat.  Overconsumption leads to heart disease, back and joint pain due to the extra weight the body is carrying around, heart attacks, and strokes.  It is ending up costing millions and is crippling the health care industry.  Some patients are now so large, they do not fit in an MRI machine or onto regular scales.  In the end, taxpayers are footing the bill.

While many may believe that fruits and vegetables are more expensive, it’s actually often less expensive to prepare healthy meals at home.  You can buy things like lettuce, carrots and tomatoes in bulk and end up saving money and having something healthy for the next few days.

However, this may still be a challenge for the poorest families, as they have limited access to healthy food and are living in what is known as a “food desert.”  Cost remains a struggle, and the government needs to step in and help subsidize healthier choices.