Carol Howard Merritt Investigates the Intersection of Faith and Womanhood

In a recent Huffington Post article titled, “God, Sex and Corporate Personhood,” author Carol Howard Merritt discusses the ways in which religious freedoms and women’s rights so often overlap and contradict one another. Howard Merritt, an author, pastor, and co-host of God Complex Radio, knows first hand the complications of one’s identity when applied to faith and religion. She investigates the way that womanhood and faith intersect, in hopes of shedding light on recent controversial court hearings. 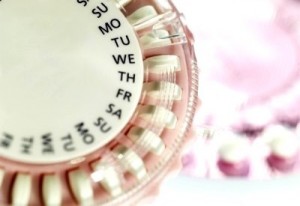 As Howard Merritt explains, “The courts have been inundated by a wave of cases from corporations who refuse to provide insurance for contraception based on the religious beliefs of their owners,” of the dozens of cases the Supreme Court will be hearing in the upcoming months. As both a woman, and a clergyperson, the author feels genuine concern for both sides of the argument. On the one hand, religion is a driving force in the lives of many people, herself included; on the other, she’s concerned about the rights that women in our society are allotted. She says, “As a clergyperson, I’m obviously concerned about people being able to have the freedom to practice their faith. Yet as a woman, I also care about the health and dignity of people who need contraception.”

The United Nations has declared access to birth control a basic human right, explains Howard Merritt, but thanks to the First Amendment, corporate organizations that disagree from this assertion are protected from having to provide it. This is not to say that every corporation with a religious affiliation is a big, bad woman-hating entity; this is just a point of contention with many businesses that equate offering abortive birth control to surrendering their right to religious freedom. Even groups like Hobby Lobby that reportedly offer fantastic benefits to their employees, are standing their ground in refusal to provide abortive birth control because of the belief that life begins at conception.

Carol Howard Merritt, a deeply spiritual person, believes that “Using birth control is a faithful act,” in her interpretation of where womanhood and religion intersect. While many others would agree, and still many more would oppose this point of view, the issue is something that is still being decided legally in the Supreme Court.

How do you weigh in?