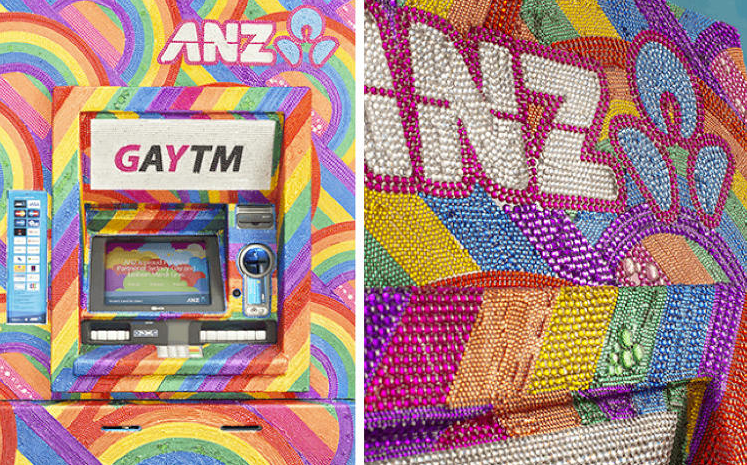 When most folks think of banks, the last thing that comes to mind is gay pride. But one bank that wants to show its support for the local gay community is Sydney’s Australia and New Zealand Banking Group Limited (ANZ for short), which is literally dressing up its ATMs in honor of Gay and Lesbian Mardi Gras. ANZ is wearing its pride and support for LGBTs right on its fiscal sleeve, transforming its outdoor ATMs into “GAYTMs.”

What’s a GAYTM you ask? Three of ANZ’s guiding business principles are “diversity, inclusions, and respect,” and the bank wanted its Sydney ATMs to illustrate these things, with a healthy dose of gay pride. Basically, the decorated GAYTMs are covered in thousands of rhinestones, rainbows, leopard print, and bold colors as a public reminder of the support the company has for its local LGBTs. 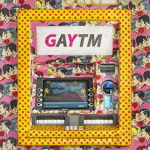 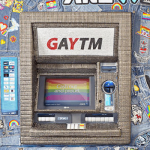 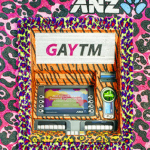 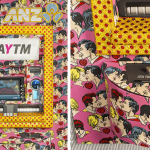 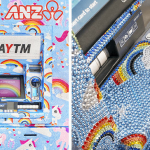 According to ANZ’s website, “ANZ is a Principal Partner of Sydney Gay and Lesbian Mardi Gras, showing our support for the eight year running,” which explains the creation of the GAYTMs just in time for the annual celebration. Says ANZ’s head of marketing, Carolyn Bendall, “We wanted to do something special to celebrate ANZ’s becoming principal partner of the Sydney Mardi Gras and to show our support for diversity and LGBTI community,” of the creation of the colorful GAYTMs. She continues, “ATMs are a key touch point between us and our customers, so we’ve transformed the experience of getting cash out into something fun and in the spirit of the Mardi Gras festival.”

What’s even more important than making banking fun is showing local LGBTs that ANZ is a safe, open space for them to be proud of who they are. If more businesses were open to showing their pride and support for the gay community, the world would be a more equal place. We’ll definitely be adding ANZ to our list of gay-friendly brands we love.