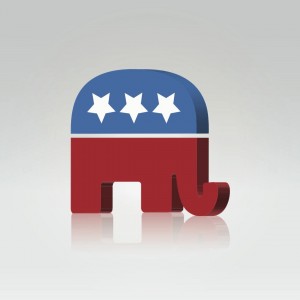 The Republican Party and equality issues don’t have to be mutually exclusive.
Image: Shutterstock

When most folks think about the Republican Party, words like equality, diversity, and progressiveness might be some of the last to come to mind. The Republican Party indeed has a somewhat sordid track record of being less than accepting of women’s health rights, racial diversity, and issues surrounding LGBTs. However, with more and more Republicans coming forward about social justice issues, and even coming out as gay, it seems that all of that is about to change.

Making headlines recently are two gay House candidates – former Massachusetts state Senator Richard Tisei and former San Diego City Councilman Carl DeMaio, the duo behind joint political action committee, the Equality Leadership Fund. Both Tisei and DeMaio have been very vocal about their dedication to contemporary American equality issues, and have been open about their sexual orientation, using honesty to help, not hinder, their political agendas. Two recent Equality Leadership Fund fundraisers – the first in Miami, and the second in Washington, D.C. – served as excellent occasions to gauge the current political pulse, as well as to reiterate their commitment to equal rights. 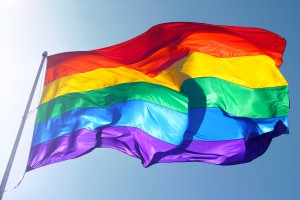 It’s time to make history – there needs to be more diversity in politics.
Image: Shutterstock

“We’re raising money across the country from people who were interested in our candidacies, because they believe we represent something different and we could be a catalyst for change in the Republican Party on issues of equality,” explained Tisei in an interview with CQ Roll Call earlier this month. The Equality Leadership Fund has already raised hundreds of thousands of dollars, and has attracted the support from prominent Republican players like the Log Cabin Republicans, Jim Kolbe, Republican Representative Mario Diaz-Balart, and former Republican National Committee Chairman Ken Mehlman, who was listed as a special guest at the Washington, D.C. fundraiser.

Gregory Angelo, executive director of the Log Cabin Republicans, calls the efforts to support the candidates “fundraising to make history,” suggesting that if DeMaio and Tisei were to make it to the House of Representatives, it would be an unprecedented event. Indeed, their presence in mainstream Republican politics is challenging the way that most people perceive the party, and is forcing other Republicans to take notice of their equal rights agenda.