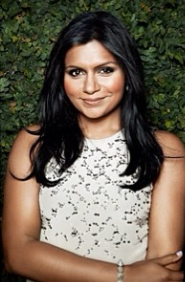 Actress Mindy Kaling has no problem calling out industry sexism.

It may come as no surprise that there is a massive underrepresentation of women in the entertainment industry, particularly in films. Women working in Hollywood are far more likely to appear on the cover of gossip magazines than on blockbuster film posters, and if you don’t believe that entertainment industry sexism exists, just look at the numbers. According to the recent study, “It’s a Man’s (Celluloid) World: On-Screen Representations of Female Characters in the Top 100 Films for 2013,” women accounted for only 15% of protagonists, 29% of major characters, and only 30% of all speaking characters last year.

The study, which comes from San Diego State University, also concluded that only 13% of the top 100 films featured an equal number of male and female characters, and that the majority of women who were featured were in their 20s and 30s. Journalist Eliana Dockterman says that in the past eleven years, entertainment industry sexism has prevailed or gotten worse, pointing out that even if women do appear more in front of the camera, there is still a massive gender disparity behind it.

Now it seems, happily, that film and television actresses are starting to speak up more about the industry sexism that faces them, and how women are not only equally deserving of compelling, dynamic roles, but that those roles will drive profits. Here are five women who have courageously called out entertainment industry sexism lately:

Last month, Lena Dunham was a keynote speaker at SXSW where she addressed Hollywood sexism head on, calling out the industry’s double standard. “People are ready to see Adam [Driver] play a million different guys in one year – from Lotharios to villains to nerds. Meanwhile, Allison Williams, Jemima Kirke and Zosia Mamet are still waiting for parts they can get interested in,” she said of her Girls costars. Dunham has been a longtime proponent of gender equality in all realms, and identifies openly as a feminist. 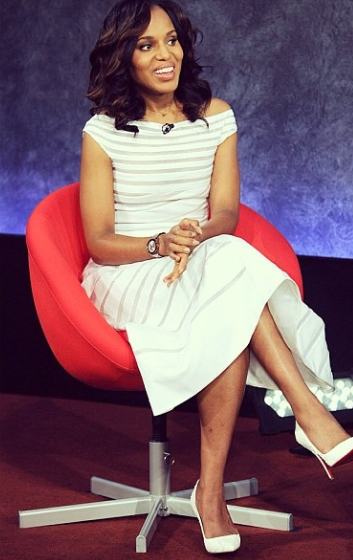 In a recent interview, the Scandal actress stressed the need to contemplate not only gender, but race in Hollywood as well. She explained, “I think gender is relevant. I bring something to the table as a woman; I bring something to the table as a woman of color. So I feel like, if it’s the only thing you focus on, then it’s a danger, and if you never talk about it then it’s a danger,” of the importance of understanding how these identities intersect. Washington has always been open about her political activism as well as her feminism; she one of the strongest female role models working in entertainment today.

Earlier this year, Academy Award-winning actress Cate Blanchett used her Oscar acceptance speech as an opportunity to address entertainment industry sexism. She called for screenwriters and producers to create better roles for women, saying, “[And thank you to] those of us in the industry who are still foolishly clinging to the idea that female films with women at the center are niche experiences. They are not. Audiences want to see them and, in fact, they earn money. The world is round, people.”

Mindy Kaling, star of The Mindy Project has long been a body-positive, fierce female presence in the world of entertainment. She is very candid about the sexism she encounters, and has said, “More than half the questions I am asked are about the politics of the way I look. What it feels like to be not skinny/dark-skinned/a minority/not conventionally pretty/female/etc. […] Sometimes I get jealous of white male showrunners when 90 percent of their questions are about characters, story structure, creative inspiration, or, hell, even the business of getting a show on the air,” of the way that women are handled in Hollywood compared to their male counterparts.

What do you think about the statistics that reveal the limited amount of screen time female actresses receive? Do you think that entertainment industry sexism will be diminished anytime soon?