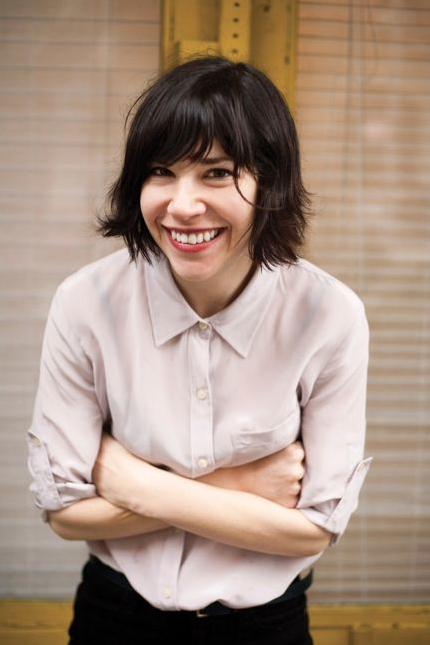 It has just been reported that Carrie Brownstein of Portlandia and Sleater-Kinney fame will be joining Cate Blanchett, Sarah Paulson, and Rooney Mara in the upcoming lesbian film Carol. As SheWired gushed earlier this month, “Picture this…Cate Blanchett, Rooney Mara, Sarah Paulson, and wait for it – Carried Brownstein! – as lesbians in the 1950s! This is not your favorite dream from last night. It is a real thing! Portlandia’s Brownstein is the latest to join the cast of Carol, the Todd Hayes helmed adaptation of Patricia Highsmith’s benchmark lesbian novel The Price of Salt,” of the film’s impressive cast. You probably didn’t need another reason to love Ms. Brownstein, but there it is.

Have you ever read Highsmith’s The Price of Salt? Published under the pseudonym “Claire Morgan” and sometimes reprinted with the book’s original title, “Carol,” The Price of Salt is a groundbreaking piece of lesbian literature that made serious waves when it was first published in 1952. The Price of Salt tells the story of two women who fall madly in love with each other, despite heteronormative societal expectations.

Young, lonely Therese Belivet is immediately entranced by Carol Aird, an elegant older woman whom she encounters at her temporary job in a department store. When their secret is discovered, Carol faces losing custody of her child, and the two must decide if they can be together. The text is groundbreaking because of the way its ending suggests a promising future for Therese and Carol; other “lesbian pulp novels” of the time rarely allowed such a promising resolution. 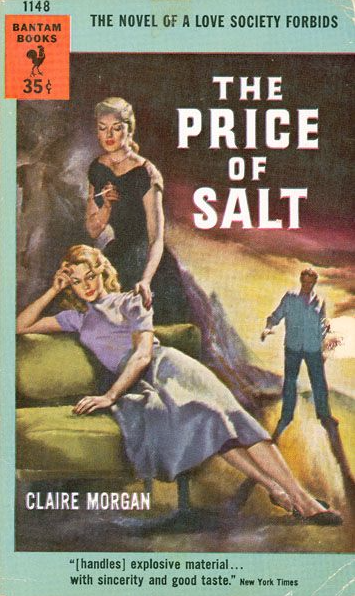 One of the most interesting components of The Price of Salt isn’t in its plot, but lies in the real-life experiences and rumored affairs of its author. Explains Jeanette Winterson in The New York Times, “Patricia Highsmith was as secretive as an oyster. She enjoyed the closeted hidden underground world of the gay scene in ‘40s and ‘50s New York and ‘60s and ‘70s Paris. She traveled in search of fresh encounters, and to ride herself of too much that could be known by others,” of the elusive nature of the author. It could be said that she used a pseudonym to publish The Price of Salt in order to protect herself rom public speculation about her personal life, but that assumption simplifies too greatly the social treatment of gays and lesbians in the 1950s, when homosexuality was classified as a disease.

According to SheWired, the role of the mysterious, alluring Carol will be played by Blanchett, with Therese played by Mara. Carrie Brownstein will play Genevieve Cantrell, a woman who has an encounter with Therese, much to the delight of her huge fan base. With such heavy hitting Hollywood women cast as parts in the dark, groundbreaking work, it very well could become one of the most iconic lesbian films of our time.

What do you think about the cast that is beginning to take shape for Carol? Will you see the film when it hits theaters?