Pop music icon and mega-producer Pharrell Williams was on the Ellen DeGeneres Show earlier this month, where he had some pretty surprising and wonderful things to say about women’s rights and marriage equality. The musician, who was actually wrapped up in a bit of Robin Thicke’s “Blurred Lines” controversy earlier this year, made a point to talk about how he adores women (“in all of the right ways”), and was very frank about his beliefs in equality. 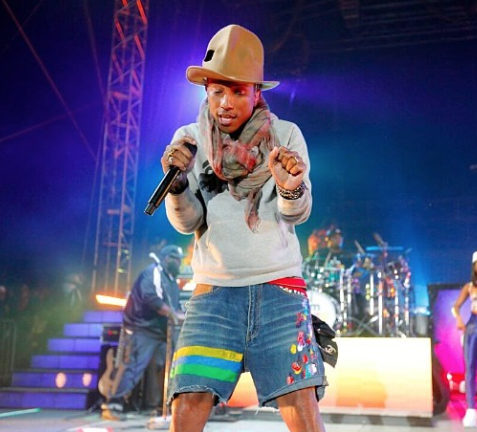 “I have a huge affinity for them, but at the same time, there’s a lot of inequality with women.” – Pharrell Williams
Image: via Instagram

When Ellen, who has been championing Pharrell’s mega-hit “Happy” long before it was even on the radio, asked him about his latest album’s title, he enthusiastically proclaimed his love of women. Pharrell wanted to name the record “G  I  R  L” because it was created as a true homage to the women in his life; he wanted that word to jump out from the page, to be a focal point. The singer explains, “Instantly I knew that I wanted to give back to a demographic that had been giving to me and my family for over twenty years, and that was women.” He goes on to acknowledge gender inequality saying, “I have a huge affinity for them, but at the same time, there’s a lot of inequality with women.”

This is where Pharrell gets really passionate women’s rights. He says, quite frankly, “The last I heard, the only way this entire species could come into existence, is through the portal of a woman’s body,” expressing his contempt and puzzlement at the gender wage gap, and how such a technologically developed species like human beings could be so behind when it comes to equal rights. “We have legislators and legislation in place that tells women what they can and can’t do with their bodies,” he says. Pharrell continues, thanking Ellen for giving him a platform to express these thoughts, “And when I say equality, I mean equality for everybody. Who are you telling who they can marry and who they can’t? What is this? This is 2014.”

Pharrell’s common sense-approach to equal rights is something that we can definitely relate to. It’s so important for people like him who have major amounts of media attention to express ideas like this; if more men in positions of power would stand up for social injustices, we might live in a more equal world. What did you think of Pharrell’s interview with Ellen?