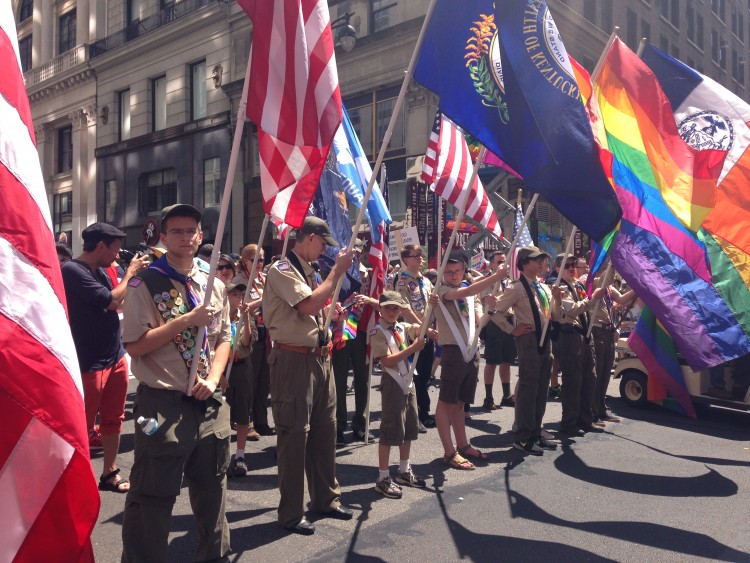 New York City’s annual LGBT Pride March made history last weekend as the more than 14,000 participants were led by Boy Scouts members and troupe leaders. According to GLAAD, “Three generations of Boy Scouts – gay and straight – were in uniform at the nation’s oldest and largest LGBT Pride event, where they presented the American flag during the national anthem and served as Color Guard during the march,” of the historic first.

Being that the Boy Scouts have been making headlines for homophobia-related scandals and policies over the last few years, it’s really remarkable to see many of them come out for an LGBT event as massive and important as New York Pride. In 2013, more than 1,200 members of the Boy Scouts of America National Council voted to end the organization’s longstanding policy that prevented gay youth from participating. While gay youth are now able to take part in the organization, gay and lesbian troupe leaders are still barred. 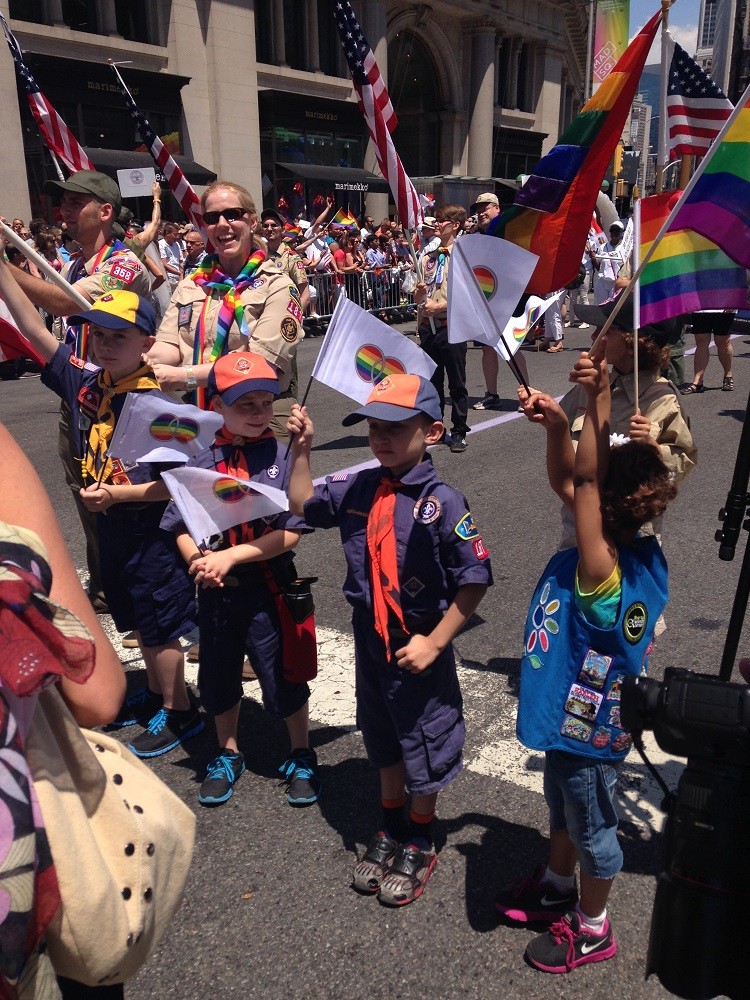 Greg Bourke, a former associate scoutmaster who was ousted from the program for being gay, was one of the participants in Pride March. He recently told The New York Times, “I want gay parents to have the opportunity to scout with their children. Adult leaders should have the same opportunities as everyone else has to take part in an organization that’s a bedrock of America.”

According to GLAAD, others who participated in the March included “Pascal Tessier, a 17-year-old Eagle Scout who is openly gay, […] David Knapp, 88, who first became a Boy Scout in 1938 at the age of 12, and, as an adult, was ousted as district executive for being openly gay; and Crystal Bueno, an active leader in scouting, mother of young Boy Scouts, and ally to the LGBT community.” The presence of openly gay Boy Scouts and their straight allies at the Pride March demonstrates to future generations that change can be made possible if you’re willing to fight for what is right.

Hopefully more Boy Scouts policies will be altered in the years to come to reflect inclusivity of LGBT participants. Learn more about LGBT Pride in New York and this historic moment by visiting GLAAD.