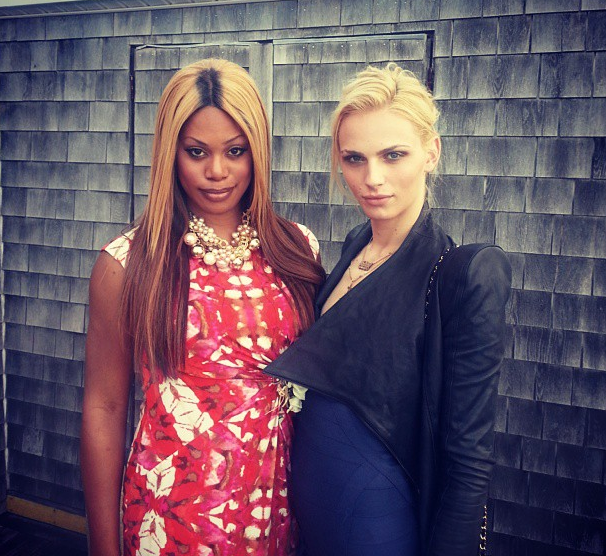 Supermodel Andreja Pejic made headlines recently after coming out publicly as a transgender woman, and announcing that she will be exclusively modeling women’s garments from now on. Pejic has been in the spotlight for years, famous for their incredibly versatile and androgynous appearance and ability to model both menswear and womenswear.

Until this week, Pejic was often described by the media as an “androgynous” male model, and has previously self-identified as existing “in between genders.” The high fashion world loves models that have a unique look, and Pejic is certainly in possession of otherworldly attributes that were embraced early on by high fashion editorial teams, designers, and fashion glossies.

In a statement that Pejic released with the Gay and Lesbian Alliance Against Defamation (GLAAD), she addresses other trans individuals, paying particular attention to transgender youth. She says, “To all you trans youth out there, I would like to say respect yourself and be proud of who you are. All human beings deserve equal treatment no matter their gender identity or sexuality. To be perceived as what you say you are is a basic human right.” It’s truly wonderful that transgender youth from around the world just earned a new role model, and that Pejic is finally ready to be true to her authentic self.

Although it’s still early in her career, Pejic has already found great success as a model, due in part to her incredibly versatile looks. She’s been working since 2007, and has covered magazines such as OUT, Elle, and French Vogue, costarred with David Bowie in a music video, won a NewNowNext award, and has modeled on hundreds of Fashion Week catwalks around the world.

It’s safe to say that she’ll soon be adding “transgender advocate” to her already impressive list of accomplishments. Her star power will certainly help create move visibility for transgender people around the world, and most importantly, her choice to come out publicly will allow her to live genuinely without shame or the need to hide any longer.

All the best to you, Andreja!