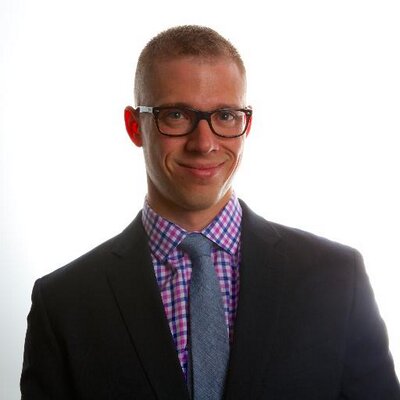 Earlier this month, Republican spokesperson and prominent political figure James Richardson came out in an attempt to eradicate the bias against same-sex marriage that continues to pervade our government today. Richardson is the first to point out that he has publicly advocated for the freedom to marry throughout his political career; he is now taking his stance a step further by courageously inserting a deeply personal element into the equation.

Richardson joins the likes of former Republican National Party Chair Ken Mehlman, a longtime political figure who came out in 2010, and openly gay GOP candidate Carl DeMaio, who made headlines this year as he advanced in the race to Congress. In a compelling new piece for The Washington Post, Richardson expresses his frustration with being treated unfairly by a government that he has been dedicated to for many years. He says,

The federal government’s number crunchers believe some 21,318 same-sex couples call Georgia home, according to the U.S. Census Bureau’s most recent accounting, and new research forecasts that as many as half would jump the broom within three years if allowed by their government.

I’m one-half of those aggrieved couples – denied, for more than five years, the social stability and legal protections of marriage. And, as a former spokesperson for the Republican National Committee and adviser to prominent party figures, I’m also a professional political operative who’s helped install in government those who perpetuate marriage bias in America.

Besides making the case for marriage based on a personal desire to marry, Richardson discusses the economic, social, and legal advantages of universally legalizing same-sex marriage. He also explains in detail how marriage equality in Georgia in particular could revitalize his home state, writing, “America’s marriage détente is not helping anyone. Consider the numbers: Georgia rates 49th in the nation for joblessness, only narrowly edging the vastly-more-rural Mississippi to our west. Within just three years of legalizing same-sex marriage […] upward of 1,000 out-of-work Georgians would find stable employment,” of just one of the ways marriage equality could benefit the state at large.

Richardson’s courageous coming out is important because it allows policymakers and American voters to see that achieving marriage equality is not only vital on a social level, but on economic and political levels as well. With more LGBT representation in government and politics, hopefully Richardson and others will be able to eliminate the biases of policymakers, and pave the way for marriage equality in states like Georgia and beyond.