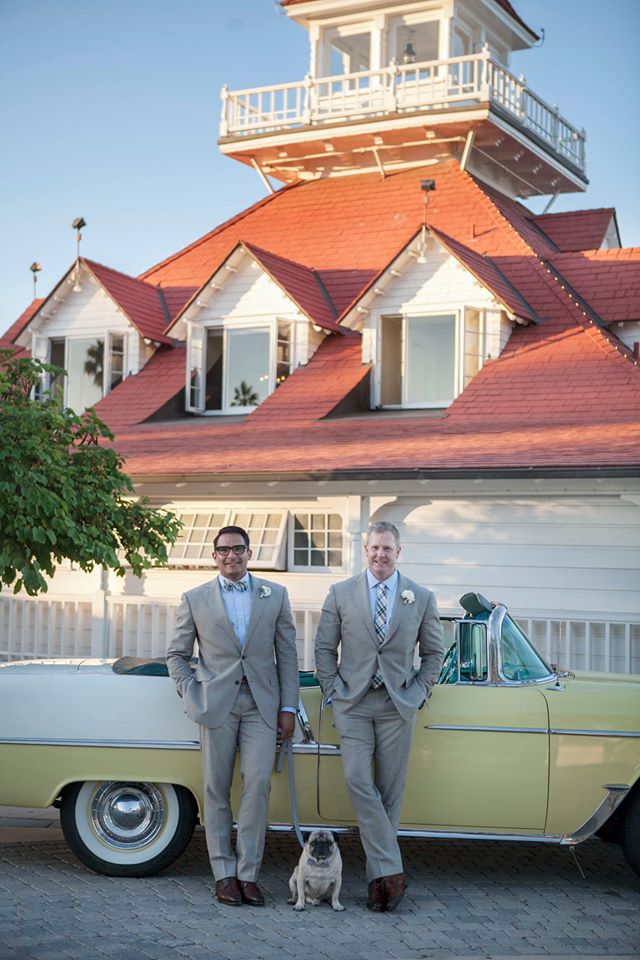 A beautiful wedding ceremony was recently interrupted by homophobic comments, reminding the gay community and its allies that while the freedom to marry exists in many states, hate exists there too. This news comes from San Diego, California, where a gay couple from Arizona was wed late last month. While Oscar De Las Salas and Gary Jackson were being married in front of family and friends, hateful things were yelled at them from a nearby luxury condo complex, The Huffington Post reports.

The dream ceremony turned into a nightmare when an individual began yelling anti-gay slurs at them like “homos” and “go home, fags,” a reminder that homophobia continues to pervade society. The interruption was so noticeable and distracting that De Las Salas and Jackson turned toward the building in an attempt to see the individual. “We were so stunned. We didn’t know what to do,” a wedding guest told Arizona’s KTVK. “I was quite shocked to be in San Diego and to have that kind of hate-filled speech come out of someone.”

“It’s just sad that that is now ingrained for the rest of our lives in our wedding day,” Jackson told KGTV. “That person took a chunk of what should have been a beautiful day and turned it into something nasty and full of hate.”

In response to the hate that De Las Salas and his partner experienced, he penned an article for Gay San Diego after the wedding ceremony. De Las Salas described the incident and demanded change and tolerance for same-sex couples. Many media outlets very quickly picked up the story and the couple received outpouring support and even received a message from Alisa Kerr who offered to throw the two another wedding party. The article garnered such a powerful reaction that police are now investigating the incident to determine if it is a hate crime.

The outpouring of support that the couple has received since the incident is a testament to the genuine acceptance and respect that the majority of people have for those of different sexual orientations. Although it takes just one hateful individual to tarnish a special moment, it’s the thousands of people who support gay rights that will ultimately make the world a more equal place.