Regrettably, feminism is not something that many actors and entertainers want to publicly associate with. It was only recently that popular performers like Taylor Swift, Beyoncé, and Emma Watson declared themselves feminists; it’s remarkable (and disappointing, and frustrating) that something as clear-cut as gender equality is such a controversial issue. One thing that has helped boost feminism and women’s rights into mainstream discourse is the increase of openly feminist male celebrities. Here are three men that aren’t afraid to advocate publicly for women’s rights and feminism. 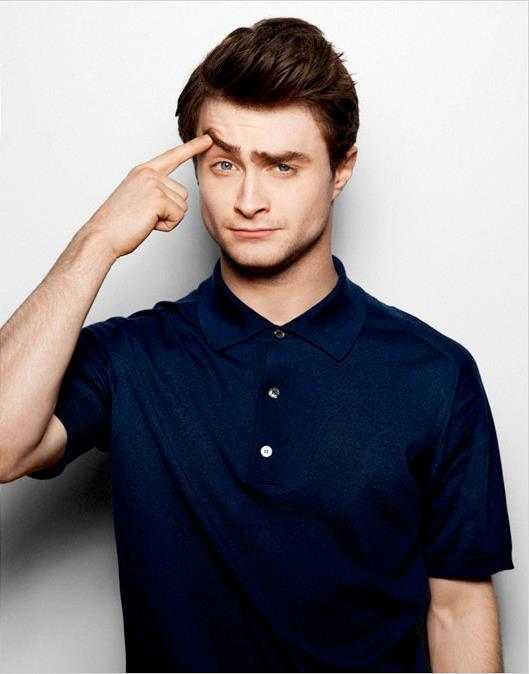 Daniel Radcliffe has no problem standing up for his female costars and speaking out against gender inequality. Image: via Facebook.

Daniel Radcliffe. Recently, actor Daniel Radcliffe told the AP, “Around the time of rom com ‘What If’ coming out, a lot of people were saying: ‘You’re really an unconventional romantic lead.’ And so eventually I got bored of hearing that and kind of picked someone up on it, so I was like ‘What about me is unconventional, exactly? Like, tell me.’ And she said, ‘Well, I think it’s probably the fact that you know, we associated you with playing Harry, the young boy wizard.’” Without hesitation, Radcliffe’s immediate response was “Well, the male population had no problem sexualizing Emma Watson immediately.” The actor has pointed out double standards in the media many times, and as advocated for gender equality publicly on multiple occasions.

Joseph Gordon-Levitt. This past January the actor, a self-proclaimed feminist, went on The Ellen DeGeneres Show and discussed how society objectifies women. “My mom brought be up to be a feminist,” Gordon-Levitt explains. “She would always point out to my brother and me that our culture does often portray women like objects. […] She wanted me and my brother to be aware of it because we see these images on TV, in the movies and on magazines all the time. And if you don’t stop and think about it, it just sort of seeps into your brain and that becomes the way you perceive reality,” of the way that the media and marketing campaigns sexualize women.

Eddie Vedder. The Pearl Jam frontman has been advocating for women’s rights for years. In a 1992 op-ed for Spin Magazine about a woman’s right to make decisions about her own body Vedder wrote, “Combat lines are drawn at clinics, and women must be escorted through trenches, which only adds to their trauma. This is not a game. This is not a religious pep rally. This is a woman’s future. […] There are people wary of the strength that young voters possess. Prove them right. Decide on the issues and vote – male or female – for this is not just a women’s issue. It’s human rights. If it were a man’s body and it was his destiny we were deciding there would be no issue. Not in today’s male dominated society.”

Other famous men who have spoken out for women’s rights and feminism include John Legend, Mark Ruffalo, Sir Patrick Stewart, Andy Samberg, and Antonio Banderas.