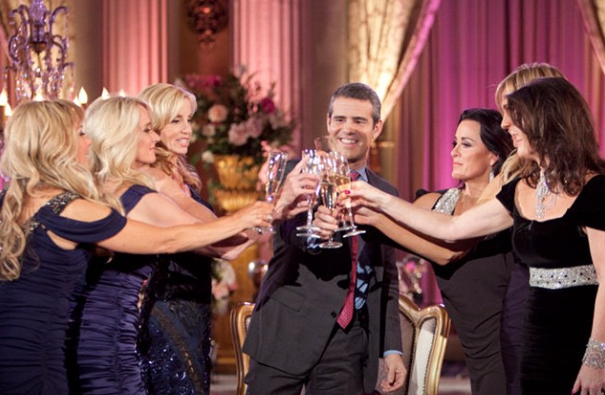 Andy Cohen with the cast of The Real Housewives of Beverly Hills. Image: via Instagram.

Andy Cohen has spent several years as the face behind Bravo’s range of reality shows, including all of the different installations of The Real Housewives. Although the topics get heated on his nightly talk show, Watch What Happens Live, he tends to not push back too hard against the talent that he brings on the show to chat with. However, one reality star from The Real Housewives of Beverly Hills hit a push point for the host recently. After Kyle Richards hosted a party for “her gays,” Cohen said, quite candidly, “you do not own them, we are not cattle.”

These “gays” are always in The Real Housewives franchises, some as employees (hairdressers, party planners) and some as friends. But that’s not what Cohen is objecting to. The “my gays” comment seemed to push him a bit. One to never make his guest look in the wrong, he took the opportunity to criticize the Bravo stars, calling attention to the way that the wealthy women of these shows treat the gay men in their lives. 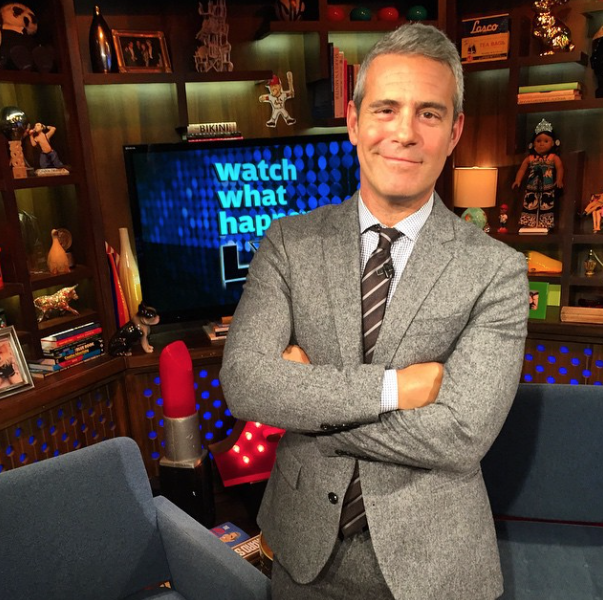 “We are not cattle. We are not purses. And the next time you feel like saying ‘my gays,’ replace it with ‘my blacks,’ and see how that turns out.” – Andy Cohen. Image: via Instagram.

Cohen usually wouldn’t speak up but it was taken as if the women were referring to gays as their property. It seemed to be his intention to draw attention to this possessive language, and get viewers to take a moment to ask themselves why this kind of language is acceptable when referring to other human beings.

“Even though some of your friends might be gay, which is great, they are not ‘yours.’ You do not own them,” said Cohen on-air. “We are not cattle. We are not purses. And the next time you feel like saying ‘my gays,’ replace it with ‘my blacks,’ and see how that turns out.” A few of the housewives including Lisa Vanderpump and Lisa Rinna tweeted apologetically after the show in total agreement with Cohen.

Although Andy Cohen has been a huge part of the success of Bravo’s many reality television shows, he is an LGBT and cultural icon in his own right. Cohen recently published his memoir, “The Andy Cohen Diaries,” and has now become much bigger than Bravo. It makes you wonder what the personality and thinker will be up to next. Whatever it may be, we hope that he continues to unapologetically call out entitled behavior that has the potential to harm LGBT people.