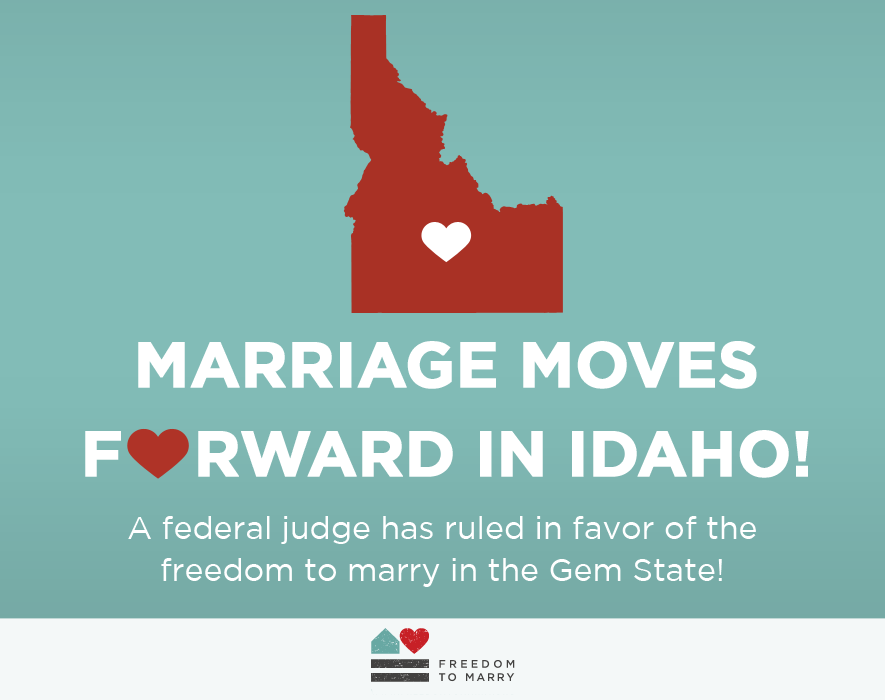 Marriage equality is moving forward in Idaho…and Republicans are not happy about it.

Just when countrywide marriage equality initiatives seem to be gaining momentum, news recently broke about how lawmakers in Idaho continue to vehemently oppose same-sex marriage. And not only do they disagree with it, as ThinkProgress explains, Republican lawmakers oppose marriage equality progress so much that they are “out for blood.”

Earlier this week, forty-four of Idaho’s Republican lawmakers urged Congress to impeach any judge that ruled in favor of same-sex marriage in a non-binding memorial. Reports ThinkProgress, “The text of the measure references the Sixth Circuit’s opinion upholding bans on same-sex marriage, ignoring the countless other rulings in favor of marriage equality.” One of the main reasons that so many of these Republican lawmakers are up in arms about marriage equality is the fact that same-sex couples cannot have children in the “same way as couples of opposite sexes,” which only illustrates how archaic (and dangerous) their perspective is.

Over the last few years, everyone from grassroots-level activists, to politicians, to bloggers and social commentators, to lawmakers and legal professionals, have been predicting the inevitability of marriage equality. Legal analyst Kendall Coffey has said that “same-sex marriage is unstoppable,” and bestselling author Suzanne Brockmann has humorously said “Marriage equality is coming, and not merely to a theater near you.” Even former NFL linebacker Scott Fujita has commented on the issue of marriage equality, asking, “Why do we have to explain ourselves when it comes to issues of fairness and equality? Why is common sense not enough?”

With so many prominent public figures speaking out for marriage equality, and countless activists and organizations like Freedom To Marry working hard to promote equal rights for gay and lesbian Americans, it seems almost unbelievable that some lawmakers are still clinging to the idea that same-sex marriage is wrong. And yet, Idaho is certainly not the only state that opposes same-sex marriage legalization.

Next month, the United States Supreme Court will rule on same-sex marriage, which will hopefully squash the dissenting opinions of lawmakers that are stuck on the wrong side of history.