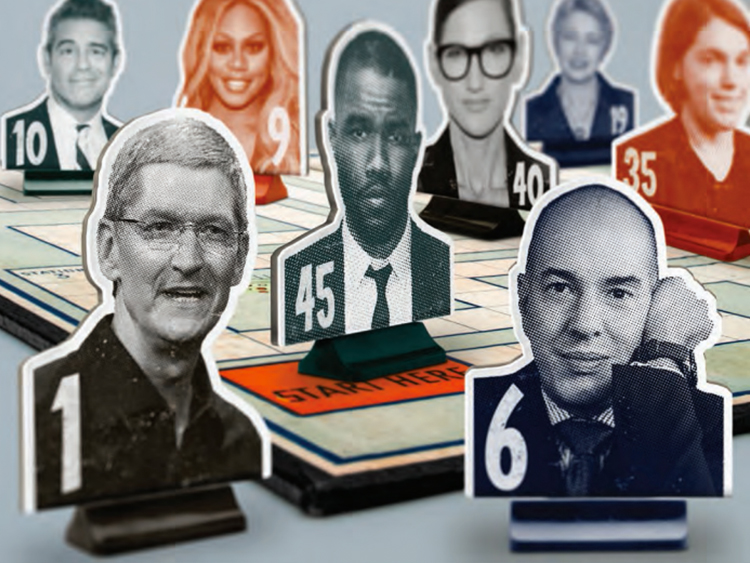 OUT Magazine has released their 2015 Power 50, a list of the most powerful and influential LGBT individuals of the year. While the list includes returning faces from 2014, including Ellen DeGeneres, Anderson Cooper, and Neil Patrick Harris, it also lists some newer faces who are changing the way the world looks at LGBT leaders.

As in previous years, the impressive group was made up of individuals from many walks of life, including US Senator Tammy Baldwin, filmmaker Lee Daniels, and Sirius Radio founder Martine Rothblatt.

Back on the list from last year, businessman and political strategist Ken Mehlman weighed in at number 41 on the Power 50 list for his support of gay marriage—in particular, heading up an amicus brief urging SCOTUS to rule in favor of same-sex marriage.

Apple CEO Tim Cook bumped Ellen DeGeneres from the number one slot, leading the pack as the only openly gay CEO in the Fortune 500. Cook is particularly notable for successfully taking the helm of the hugely popular tech company after the death of Steve Jobs.

“Each year we rank the most influential LGBT people in American culture,” explained OUT. “It’s not an easy task, and we take into account a variety of criteria: everything from someone’s political clout or visibility in the media to how they impact our economy and our view of the world. It’s an impressive group of movers and shakers.”

While the ins and outs of measuring power in the 21st century may be debatable, this list of highly influential movers and shakers is set to inspire the next generation of leaders.

Featured Image: via OUT Magazine.