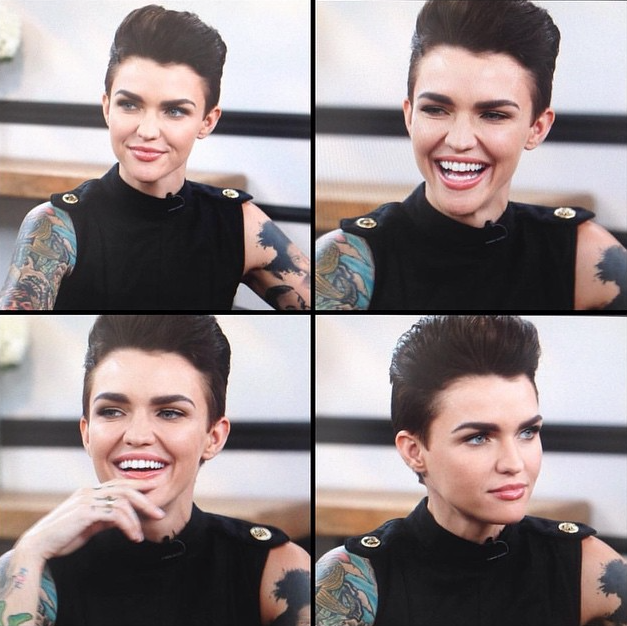 Orange is the New Black star Ruby Rose is becoming an icon for gender fluidity. | Image: via Instagram.

If you are a fan like most of us of Netflix’s popular original series Orange is the new Black, chances are you recognize the shows newest star Ruby Rose. Turns out just like her character Stella in season three; the real person behind the badass character is pretty badass herself. The beautiful tattooed actress and model identifies herself as “gender fluid” and has been promoting the idea lately which means she was born a woman but doesn’t feel like one, therefore she doesn’t identify as a specific gender.

Rose even produced, wrote and starred in a short film last year about gender roles. Titled “Break Free,” the film highlights what it’s like “to have an identity that deviates from the status quo.” Rose has long been vocal about the rigidness applied by gender binary and gender roles. Ultimately Rose just wants people to feel empowered to define their own identities and live their lives in a way that feels authentic to them.

“Gender fluidity is not really feeling like you’re at one end of the spectrum or the other,” she said. “For the most part, I definitely don’t identify as any gender. I’m not a guy; I don’t really feel like a woman, but obviously I was born one. So, I’m somewhere in the middle, which — in my perfect imagination — is like having the best of both sexes. I have a lot of characteristics that would normally be present in a guy and then less that would be present in a woman. But then sometimes I’ll put on a skirt — like today.” Having Stella on OITNB is a new addition because while she’s not the only androgynous girl on the show, she’s the only person who really identifies publicly as being “gender fluid.” It’s a new character that a new group of people can relate to.