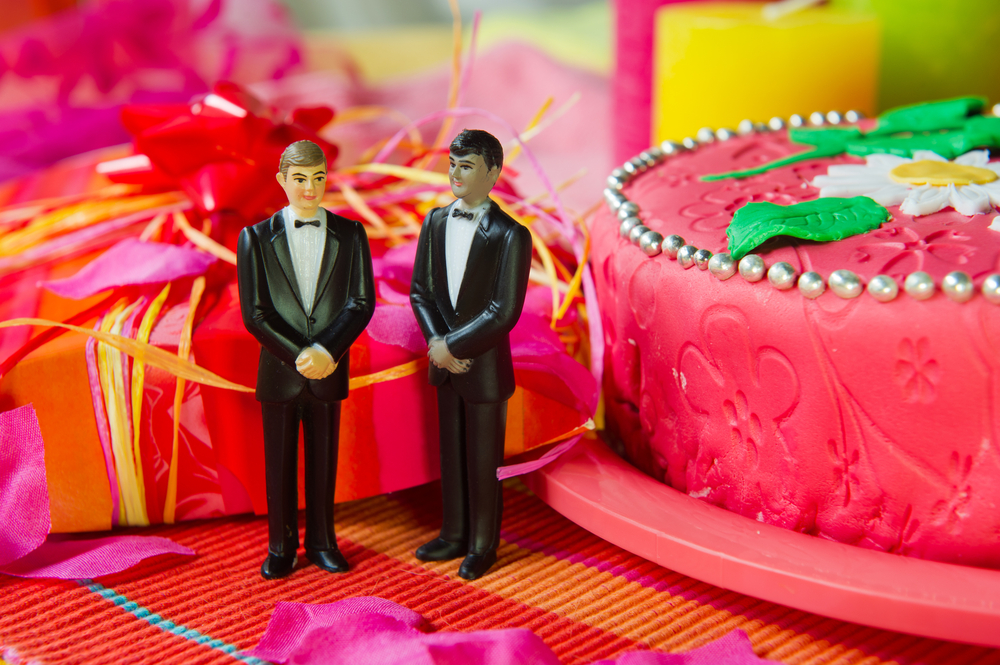 The court has ruled that discrimination can’t top love and has denied a baker’s argument attempt to use his faith to refuse service to a gay couple in search of a wedding cake. Photo: Ivonne Wierink | Shutterstock.

On August 13th a Colorado appeals court ruled that a Denver-area baker is unable to use his religious beliefs as a reason to refuse making a wedding cake for a gay couple planning to get married.

The Colorado Court of Appeals rejected the argument by lawyers for the cake-shop owner who argued that being forced to make and sell a cake to a gay couple planning a wedding celebration violated his First Amendment rights.

The ruling was against Masterpiece Cakeshop owner Jack Phillips and a victory for couple Charlie Craig and David Mullins. Phillips had turned Craig and Mullins away in 2012 when the couple had plans to get married in Massachusetts and later celebrate with their friends back in Colorado.

“The fact that an entity charges for its goods and services reduces the likelihood that a reasonable observer will believe that it supports the message expressed in its finished product,” the court ruled.

“Nothing in the record supports the conclusion that a reasonable observer would interpret Masterpiece’s providing a wedding cake for a same-sex couple as an endorsement of same-sex marriage, rather than a reflection of its desire to conduct business in accordance with Colorado’s public accommodations law,” the ruling went on to say.

After the state ordered him to make wedding cakes for all sexual orientations he stopped making them for anyone. He says it has cost him 40 percent of his business. “I think that the ruling is wrong … the constitution guarantees me the right to practice my faith, my religion, anywhere, anytime; there are no restrictions on it,” Phillips said.