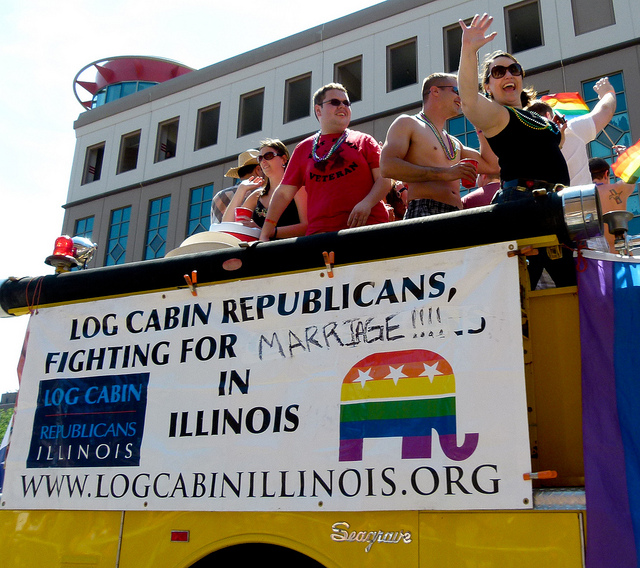 Four of the 17 Republican presidential candidates have agreed to support an amendment to the federal constitution that will define marriage as a union between one man and one woman.

The announcement was made by the National Organization for Marriage, who identified Texas Senator Ted Cruz, former Pennsylvania Senator Rick Santorum, retired neurosurgeon Ben Carson, and Louisiana’s Governor Bobby Jindal as having signed their pledge “to take several specific actions as President to restore marriage to the law and protect people of faith from discrimination because of their support for traditional marriage.”

Nineteen states have employment non-discrimination laws that cover sexual orientation and gender identity. There are 31 states that do not provide protection to LGBT people in regard to civil rights, employment, and housing.

There is evidence, however, that diverse opinions about LGBT civil rights exist in the GOP. In Arizona last year Governor Jan Brewer vetoed an anti-gay measure after vocal complaints from political and corporate communities. Apple, Delta Airlines, PetSmart, John McCain, and Mitt Romney all requested that Brewer stop the bill, which would have allowed businesses the right to refuse service to gay people.

Indiana and Arkansas have added religion freedom laws this year, and there are 14 other states considering similar proposals. Many states have been pressured by businesses to reject religious freedom laws. Walmart’s CEO specifically asked the governor to veto a bill which was previously approved by the Arkansas House. Starbucks, Apple, Angie’s List, Yelp, Salesforce, and Eli Lilly opposed a similar religious freedom law proposed in Indiana.

There is a moderate faction in the GOP that clearly hears the concerns of the business community when it comes to LGBT civil rights. Opposition to same-sex marriage was championed by the far right wing of the party but has met resistance and begun to weaken. This shift in thinking is part of an overall trend in the change of American’s attitudes toward same-sex marriage. In 1996 Gallup reported that nearly 7 in 10 Americans opposed same-sex marriage. But by May of 2015 an estimated 60% of Americans supported these unions.

This change in thinking for Republican lawmakers and party members was given a powerful example in the amicus brief organized by Ken Mehlman, former Republican National Committee chair. Three hundred Republican lawmakers, operatives, and consultants endorsed the brief. Mehlman argues that support for the law is in keeping with a vision of the Republican Party that advocates a limited role of government.

The brief states that, “Although amici hold a broad spectrum of socially and politically conservative, moderate, and libertarian views, amici share the view that laws that bar same-sex couples from the institution of civil marriage, with all its attendant profoundly important rights and responsibilities, are inconsistent with the United States Constitution’s dual promises of equal protection and due process.”

Republicans recognize the importance of support from the business community in winning elections. Big business has a problem with the conservative wing of the GOP when it comes to issues like equality for the LGBT community.

Mark McKinnon, chairman of Texas Wins and former media adviser to George W. Bush and John McCain sees the issue in pragmatic—if not progressive—terms. “It’s not news [that] this country has come a long way on LGBT rights. An evolution, a massive one, has taken place. Culturally, we’ve gone from taboo to tolerance, and in some cities, total embrace. Elections are always about the future, never about the past. And so my advice to GOP candidates is to recognize that since our society has largely moved on, and business has moved on, so should the party of Abraham Lincoln, who fought a civil war over civil rights.”