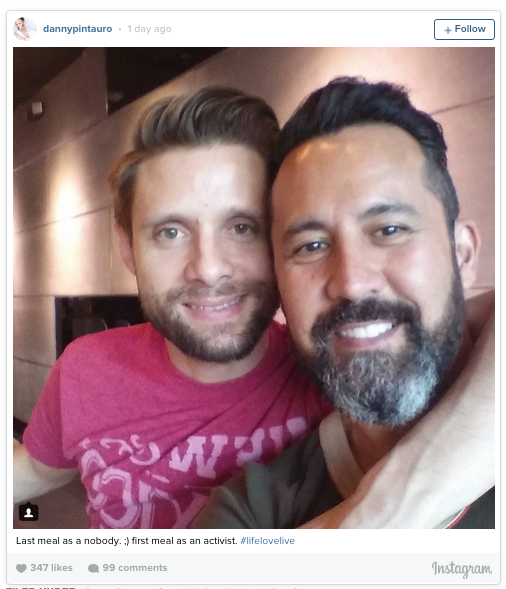 In an interview that aired this weekend on “Oprah: Where are They Now?”, “Who’s the Boss?” star Danny Pintauro revealed that he is HIV positive and has been since 2003.

Pintauro who is now 39 came out as a gay man in 1997 after being blackmailed by a paparazzi who told him he would be ousted with or without his consent.

Pintauro told Winfrey, “I wanted to tell you this a long time ago, but I wasn’t ready, I’m ready now. I’m HIV-positive and I have been for 12 years.” Along with this news, the star revealed his own experiences of mixing sex and crystal meth as a way to hopefully raise awareness for the gay community.

Pintauro told People.com, “I am speaking out because I want everyone who continues to ‘tweak’ and party to know that it is not worth the price. I want my community to wake up, stop being complacent and start taking care of each other. We need to be the best we can – safe and healthy.”

Pintauro’s reason for not sharing sooner was that he wasn’t sure people was ready for a conversation that was at this magnitude. He found out after a routine HIV testing every six months in March of 2003.

As of today, Pintauro now lives with his husband Wil Tabares and works as a restaurant manager in Las Vegas. Pintauro says, “What I want my community to realize is we need to take better care of ourselves.”

Recovery Connection: LGBT Friendly Alcohol and Drug Rehab: Alcohol and drug addiction is plaguing the LGBT population. Research has found that some addicts in the LGBT community may respond better to treatment that addresses their specific needs. Drug rehabs that have a specialized LGBT program can help you get clean and sober while addressing the issues that keep you addicted.