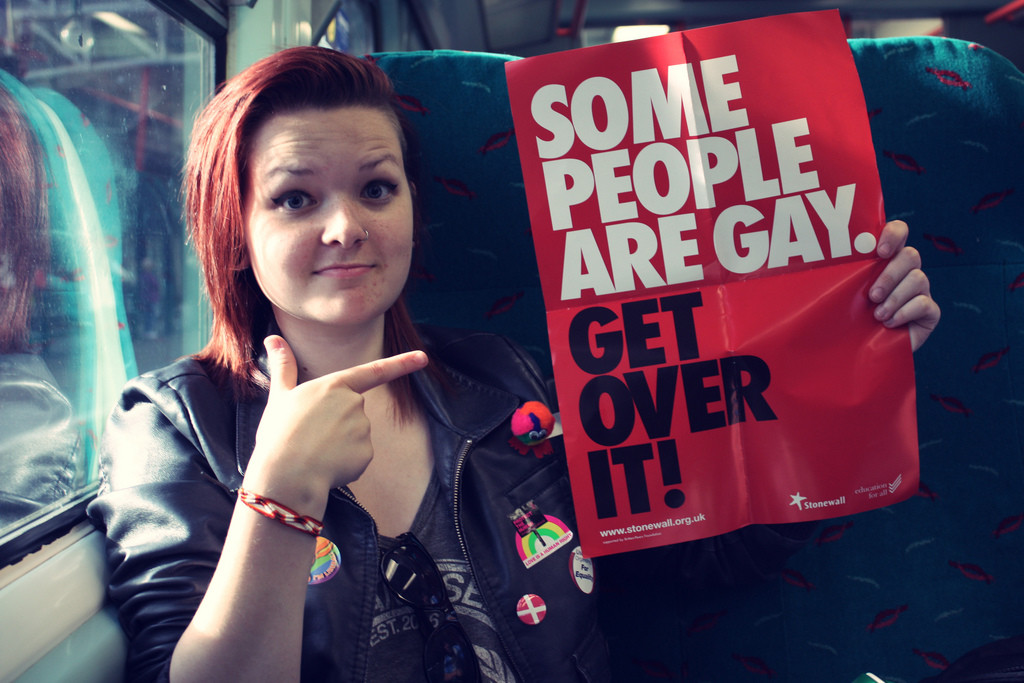 After the passage of marriage equality in the US the fight for LGBT rights is now regional, local, and personal. Photo: Linzi | FLickrCC.

LGBT Americans achieved a huge milestone this year when the Supreme Court recognized same-sex marriage nationwide, and many places are working to pass LGBT measures in local courts. But the work is far from over: other places, like Indiana, are still trying to pass very anti-gay laws. The country is likely to see more laws promoting religious freedoms and curtailing pro-LGBT legislation; a backlash is likely, but if anti-gay laws can be fought at the national level, they can be defeated in local governments, too.

Collaboration among Republicans at the national level has worked in the past, as RNC Chairman Ken Mehlman and hundreds of Republicans submitted a friend of the court brief to the Supreme Court on behalf of same-sex marriage. In part because of this brief, same-sex marriage has been legalized in the United States, but the fight is far from over. “You can’t just quit once you get a big victory,” says Gautam Raghavan, vice president for the Gill Foundation, which finances gay rights conflicts. “I worry that a lot of folks will start writing checks to something else. We can’t do that.”

Resistance to a pro-LGBT government is real, and it’s already underway. “In Kentucky, for instance, a county clerk was jailed for refusing to issue marriage licenses to same-sex couples—and then celebrated as a spokeswoman for Christian conservatives. In Alabama, adoption rights for same-sex couples are at risk. And, in Houston, voters repealed a non-discrimination measure,” writes Time.

Simply because same-sex marriage was legalized—seven months ago already—does not mean we can move on from the topic. Advocacy and perseverance must still take place at local levels. Recently, Indiana conservatives proposed legislation to protect LGBT people from discrimination, but that’s not really what the bill does: the bill exempts all religious organizations from complying, and it does not allow for any discriminatory actions to be taken against such organizations. The proposal includes a number of other unsavory components including allowing discrimination in small businesses.

Lambda Legal wrote an open letter to Indiana’s governor and legislature in which the organization explained that it could not support the bill, known as Senate Bill 100. Bills like this one need to be fought wherever they come up, and they are going to continue to come up. Be wary of any bill that labels itself “pro-LGBT,” whether it comes from Republicans or liberals. We may have won the war, but there will be more battles over the horizon.

Aisha Moodie-Mills, President and CEO of the Gay and Lesbian Victory Fund, says, “Make no mistake: our opponents are gunning for us….We have to fight back. We can’t just hope that the hatemongers are going to be drowned out by love.”