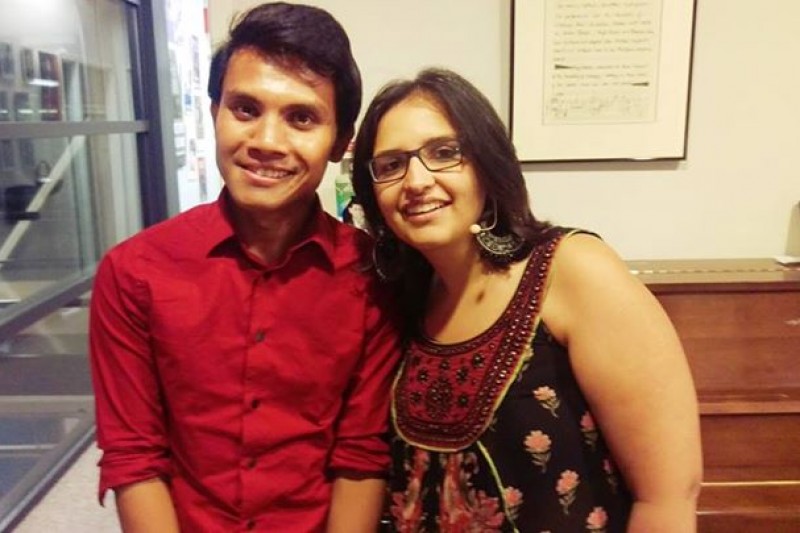 Hazim Ismail is seeking support for his tuition on Go Fund Me so he can stay in Canada. If returned to Malaysia he may be imprisoned for being gay and an atheist. Photo: Go Fund Me.

Hazim Ismail came from Malaysia to Canada to attend the University of Winnipeg. He’s passionate about his psychology studies, and very much wants to complete his degree, like most students.

But this student has more than the average obstacle course to run.

Hazim is gay. In Malaysia, that’s still a criminal offense. Just this year, politician Anwar Ibrahim, former Deputy Prime Minister of Malaysia, was put in prison for consensual sex with his male chauffeur. He is serving a five-year sentence, reduced from 14. Hazim, understandably, does not see going home as an option, but his immigration status is at risk, and has been since last year.

His family has disowned him, for being gay and for being an atheist. They were paying towards his education, and now he’s lost that, but he must remain enrolled for his study visa to remain valid. (A study visa, under most circumstances, does not allow the bearer to have a job, except for a part-time on campus job in certain universities. Such jobs, obviously, have long waiting lists.)

Last year, when his family first began to withdraw support, immigration issues forced him to drop out of his classes. He kept his visa with the help of the school. This term, however, full enrollment is Hazim’s only option.

Like many in need, he turned to the generosity of the Internet in early November. His gofundme, Help Hazim Keep Going, was not one of those mind-blowing over-successes that make the news, but in almost exactly a month, he has raised the $5000 he needed to remain enrolled, housed, and fed. He speaks glowingly of the communities that have supported him, both online and in Winnipeg.

The University of Winnipeg issued a statement about the student and his fundraiser, calling him both courageous and resourceful, and hint at offering to cover his winter term, a generosity they did not show last year in declining to refund him for the semester he had to withdraw.