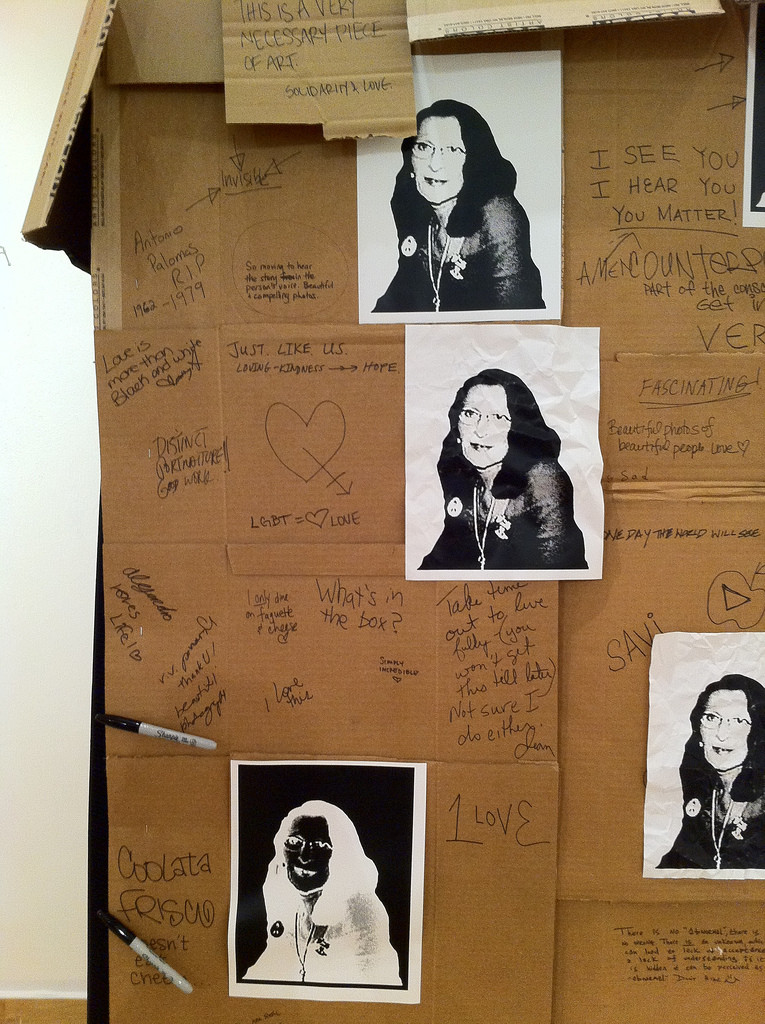 Artwork Speaking for Homeless LGBTQ Youth: Invisible—Samantha Box and Alexis Handwerker/The Hear Me ROAR! Project. | According to the U.S. government, the number of homeless and runaway youth ranges from 575,000 to 1.6 million. Photo: QueerMuseum | FlickrCC.

For too many LGBTQ youth, the holidays carry a lonely sting. Disowning and isolation are still all-too-common chapters of the narrative of growing up queer, and with the message of ‘Christmas is a time for family!’ being shouted from all sides, November and December are minefields of unpleasant landmarks for those who have lost their connection, or who fear they will if they come out.

Robin Rice (with her appropriately alliterative heroic name) is the progenitor behind one measure to help fight that isolation. Her project, titled Your Holiday Mom, began small. First, she donated Christmas stockings every year to LGBTQ shelters, so youths with nothing would at least have Christmas. Then, in 2011, she put out an audio recording, just her own voice, offering to stand in as surrogate mom to anyone in need of an accepting, comforting voice for the holiday. The next year, she asked 40 other moms to join in.

Now, the project includes audio letters, a YouTube channel, and daily letters from surrogate moms, dads, friends and siblings to provide families of all kinds to anyone who needs one during the holidays. The website’s video trailer makes it clear that the Holiday Parents will accept you no matter what, as your whole self, not dismissing a single facet.

Whether an individual is living with a secret from their family, clashing with parents who don’t accept their identity, or cast out in whole or in part, there are words of support for them in YHM. There are stories of picture-perfect Christmas days, letters of admiration, and words of honest love, all addressed to Holiday Child. Most letters thank Holiday Child for joining their family. And Holiday Child is everyone in need who celebrates Christmas.