New Conservative Website Aims to Include Minorities And LGBT Communities 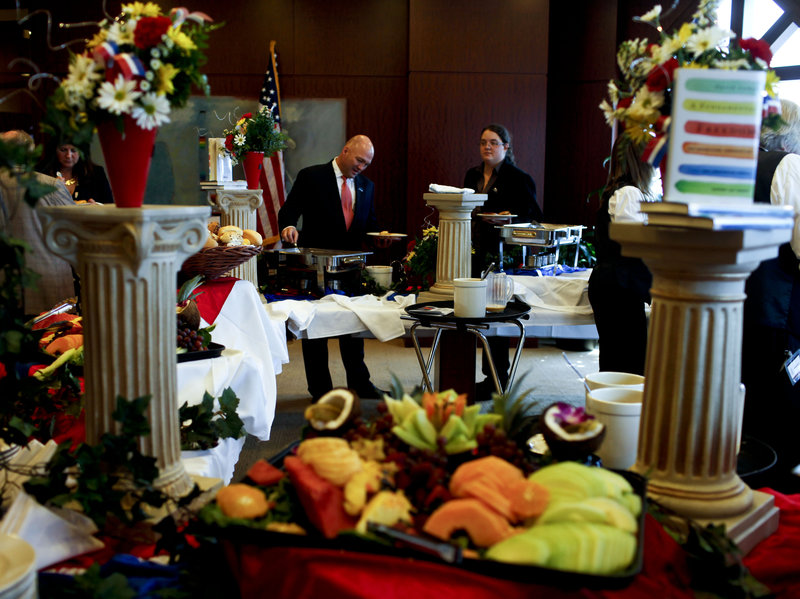 The Log Cabin Republicans are reaching out to young people and one of the forces building acceptance for LGBT people in the GOP. Photo: Betty Lettenberger NPR.

Things might be changing among conservatives. Being anti-LGBT is no longer a core value for many Republican platforms, and speaking out in favor of LGBT rights isn’t a death sentence for would-be party members. In fact, a new website called Bold aims to appeal to young conservatives, minorities, and LGBT individuals, people who have largely been left behind by the party of late.

The new website, a brainchild of Carrie Sheffield, hopes to appeal to women, Millennials, people of color, and the LGBT communities. She believes that this is a market for a powerful conservative outlet–not quite Wall Street Journal and not quite Fox News. “There is a need, and people will be hungry for a voice that is moderately conservative and respectful,” Sheffield says. “That’s what we’re going for.”

The website will have a conservative voice, though it identifies itself as independent. CNN political commentator Tara Setmeyer will be Bold’s opinion editor, and TV chef Georgia Pellegrini will be its food guru. Sheffield also hopes that the site will feature a web show.

The site is likely to achieve its goals. Research suggests now that most young Republicans–61 percent of them under 30–are in favor of LGBT rights and same-sex marriage. What’s more, only 18 percent of those Republicans under 30 believe that gays and lesbians should not be allowed to raise children, compared to older Republicans who strongly support this view. Because a pro-LGBT sentiment is rising among young conservatives, it may soon become a larger trend–and the party may eventually abandon anti-LGBT legislation and outlook.

That young conservatives support same-sex marriage is a good thing, but it is a particularly good thing in light of a possible backlash against the LGBT communities since the national legalization of gay marriage. Simply because same-sex marriage is now legal in every state does not mean that every person, let alone every state, supports the ruling. The work to protect LGBT rights is far from over, but it’s a promising trend that pro-LGBT sentiment is catching on with conservatives.