LGBT Community In Dallas Learn To Fight Back Against Assault 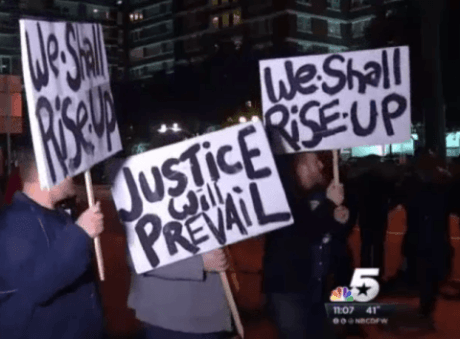 Violence against LGBT residents of Dallas’ Oak Lawn neighborhood causes them to fight back by studying self-defense and building community cooperation. Photo: Towelroad.

The Oak Lawn neighborhood in Dallas, Texas, is host to a strip of nightclubs and gay bars and is usually a decent area as far as strips go. But in the last four months, more than a dozen gay men have been assaulted and robbed.

So far, the police are working on the case, but have no suspects, so residents are relying on one another for protection and support. And one place they’re finding it is the strip’s anchor club, the Round-Up Saloon.

At the Round-Up, local and martial arts practitioner Chuck Gary is doing his part to help his neighbors protect themselves. He’s offering a weekly free self-defense seminar on the club’s dance floor, teaching anyone who drops in a few techniques and moves to evade a potential assailant.

“You read woman attacked, woman raped, a man attacked and robbed, man beaten. It’s just a horrible thing. Everybody is concerned with the neighborhood,” Gary told NBC 5 last Sunday. “Hopefully, we can help people be safe.”

The attendees are a mixed group of men and woman, mostly men. Several of them have been assaulted before or know a close friend who has. Learning a few moves in class to take down someone meaning to assault them is a confidence-booster, but Gary says that the most important, most effective thing he tries to teach is that the best way to handle an attack is to avoid it altogether.

“One of the sayings is the best fight you’ll ever have – the one you’ll always win is the one you don’t have,” he said. “If you can protect yourself and identify what’s coming up at you, you can avoid this situation.”